Soon, it’ll be time to reenter the Grishaverse.

As part of Netflix’s Geeked Week, the streamer unveiled a “Shadow and Bone” teaser video with the cast, including stars Ben Barnes and Jessie Mei Li, who announced Season 2 had wrapped production. They also previewed what’s next in store for the fantasy series.

Based on author (and executive producer on the series) Leigh Bardugo’s best-selling trilogy of the same name and “Six of Crows” duology, “Shadow and Bone” follows skilled mapmaker Alina Starkov (Li) as she taps into a rare, previously unknown, magical power. After being discovered as a Sun Summoner by General Kirigan (Barnes), she’s enlisted to hone her abilities in the Ravka kingdom’s battle to defeat the Shadow Fold, a wide swath of darkness that has consumed everything in its path. However, evil forces conspire against her, and she must decide whether her newfound status is reason enough to leave behind her previous world, along with her best friend Mal (Archie Renaux). 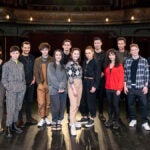 The video announcement — which is part of Netflix’s week-long celebration of its most-anticipated slate of shows, films and games — also saw the cast answer fan questions, including describing their characters’ upcoming arcs and Season 2 as a whole. New cast member Lewis Tan (“Mortal Kombat”), who will play Heartrender Tolya Yul-Bataar, characterized the sophomore return as “heart-rending, heart-pounding and swash-buckling.” 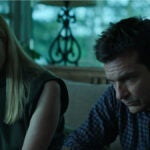