(Warning: This post contains spoilers to Netflix’s “Stowaway” and the Season 2 premiere of Apple’s “For All Mankind”).

Conventional wisdom tells us that the radiation a stellar flare shoots through space stands as an untenable obstacle for human life absent the protection of Earth’s atmosphere or another appropriate barrier.

Viewers of Netflix’s “Stowaway” — and there are a lot, according to the streamer’s top-10 list — know this, thanks to the havoc a “solar storm” wreaks on Anna Kendrick’s lead character. If there were any hopes left before Dr. Zoe Levenson exits the MTS-42 and enters space amid the aftermath of the blast, the unwinnable stakes become apparent as the skin on Kendrick’s helmet-covered face is slowly scorched (the gall!).

Apple’s “For All Mankind” also uses a solar-flare event to take its Season 2 premiere to new heights on the moon. Like Kendrick, “Lost” alum Sonya Walger plays an astronaut who exposes herself to dangerous levels of solar-blast radiation to sacrifice herself for the life of another. But her efforts are portrayed as an instinctual reaction to an outsize and foolhardy ego, and her heroism goes for naught. 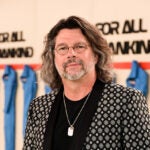 The common use in two space-odyssey contemporaries of solar flare as plot device is no coincidence. Scientists have long marveled at the sun’s ability to unleash hell at a moment’s notice from millions of miles away. And they often look beyond the solar system for similar phenomena via nearby stars.

Last week, The Astrophysical Journal Letters published the 2019 discovery of “an extreme flaring event from Proxima Cen” that made the “Stowaway” and “For All Mankind” solar blasts look like firecrackers.

Scientists say they were able to catch one of the biggest Milky Way stellar flares on record — one that packed a punch 100 times more powerful than what the sun could ever produce — thanks to a cutting-edge approach using many telescopes of varying light spectrums, some of which included orbiting telescopes such as the famous Hubble. Scientists most importantly revealed the burst from the sun’s closest stellar neighbor will better inform them of the potential for alien life — or lack thereof. 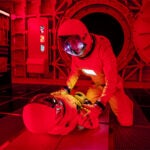 As a “red dwarf” star, Proxima Cen is a big gift in a small package. Despite its inherent energy, it’s one-eighth the size of the sun and has only two orbiting planets, or so-called exoplanets that lie outside the radial paradigm of our system.

One of those planets had previously been thought to feature Earth-like conditions and hold the potential for life. That will change with the findings of the historic stellar flare, which is a common occurrence beyond our galaxy and would seemingly destroy all forms of life within its reach.

It will only boost the viability of interstellar Hollywood productions, however. Especially if the successes of “Stowaway” and “For All Mankind” are any indication.

“If there was life on the planet nearest to Proxima Centauri, it would have to look very different than anything on Earth,” said Meredith MacGregor, lead author of the Journal Letters report and an astrophysicist at the University of Colorado. “A human being on this planet would have a bad time.” 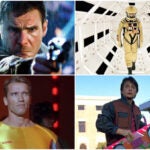 Also Read:
‘Blade Runner’ and 11 Other Sci-Fi Films Set in a Future That’s Already in the Past (Photos)
x