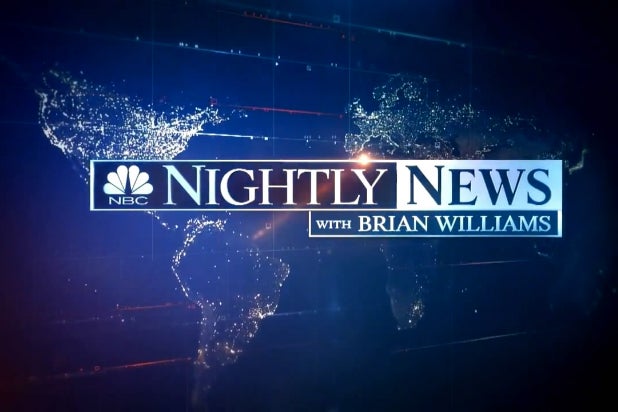 “NBC Nightly News” topped the network evening newscasts for the first quarter of 2014, bolstered in large part by the Sochi Winter Olympics in February, while ABC continued to close the gap in the coveted adults 25 to 54 news demographic.

The Brian Williams broadcast was up 12 percent over the same period in 2013, with an average of 10.1 million total viewers, the largest gain in viewership in a quarter that saw higher ratings for all three network newscasts.

ABC had the most growth in the key adults 25 to 54 news demographic, with a 10 percent bump over last year that resulted in the show’s best demo performance in three years. That boost helped ABC close the gap with NBC by 25 percent from Q1 2013; the broadcast now sits 209,000 viewers behind “Nightly News” in the demo, which saw a 6 percent increase over last year. CBS remained flat in the demo.