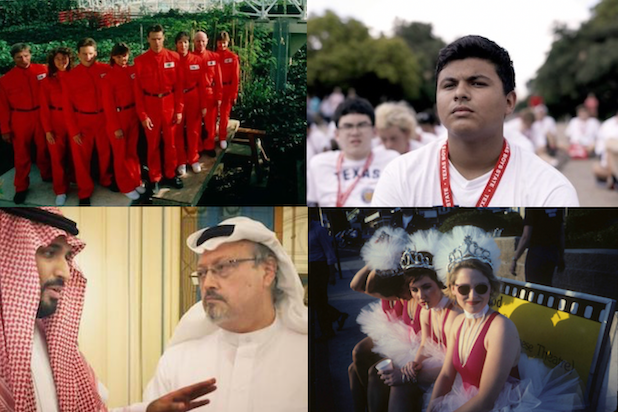 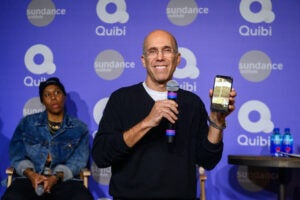 What Quibi Gets Wrong – and Right – About Small-Screen Streaming

More than 90 documentaries have already qualified for this year’s Academy Awards, according to new rules put in place by the Academy’s Documentary Branch.

But at a time when many of the members of that branch are self-isolating at home with free time, very few of those films are available for voters to watch.

For this year only, a film qualifies for the Academy Awards if it is chosen by two film festivals from an Academy list of nine early-year fests: Sundance, South by Southwest, Tribeca, Full Frame, Hot Docs, Berlin, San Francisco, CPH:DOX and the True/False Film Festival. That rule holds regardless of whether the festivals actually took place.

(Sundance, Berlin and True/False did; the others were postponed or canceled or took place virtually.)

Films must still meet other eligibility requirements and must be submitted to the Academy for viewing on the members-only Academy Screen Room, so not every doc that qualified via film festivals will end up in the running. But dozens of films have been selected by two or more of the festivals, including the Sundance winner “Boys State,” Kirsten Johnson’s playful “Dick Johnson Is Dead,” the “Ren and Stimpy” doc “Happy Happy Joy Joy,” Matt Wolf’s timely “Spaceship Earth” and Ron Howard’s “Rebuilding Paradise.” “Feels Good Man” was selected by seven of the nine festivals, “Boys State,” “Dick Johnson,” “Time” and “Welcome to Chechnya” by six of the nine and “Mayor,” “Mucho Mucho Amor,” “The Painter and the Thief” and “A Thousand Cuts” by five.

A count by TheWrap found that 93 different documentaries were booked by at least two of the nine festivals, with the qualifying films also including “Be Water,” which will air on ESPN in June; “9to5: The Story of a Movement,” the new film from Julia Reichert and Steven Bognar, who won the Oscar in February for “American Factory”; “The Dissident,” Bryan Fogel’s film about the killing of Adnan Khashoggi; “On the Record,” Kirby Dick and Amy Ziering’s documentary about sexual misconduct in the music in industry; and several music-related docs, including “The Go-Go’s,” “Zappa” and “The Nowhere Inn.”

Another seven films have already earned eligibility by winning an Oscar-qualifying award from a film festival. Those are “Beware of Children,” “An Elephant in the Room,” “Irradies,” “Jacinta,” “Punta Sacra,” “Socks on Fire” and “Songs of Repression.”

In a normal year, some of those films would have gone straight to television without airing theatrically, which would have disqualified them under the rule that required competing documentaries to have seven-day theatrical runs in Los Angeles and New York. But with the coronavirus prompting theater closings around the country, the Academy changed the rules to make it easier for films to qualify.

And because of the size of some festivals that specialize in nonfiction films – Hot Docs and CPH:DOX each selected more than 200 films before downsizing to smaller online editions – the floodgates were opened for films to qualify, and to do so far earlier in the year than usual. That’s why it’s unfortunate that the members’ screening room on the AMPAS website currently contains nothing but last year’s films.

After all, wouldn’t voters stuck at home be interested in watching “Spaceship Earth,” about the gang of eight offbeat adventurers who quarantined themselves inside the artificial ecosystem Biosphere 2 back in 1991?

Wouldn’t folks who are bemoaning the loss of their favorite restaurants get a kick out of “Ottolenghi and the Cakes of Versailles,” in which the French court of Louis XIV is recreated in mind-boggling desserts for an event at the Metropolitan Museum?

Wouldn’t people sick of living in a hyper-partisan world want to watch “Feels Good Man” to learn how the cartoon character Pepe the Frog was turned into a symbol of white-nationalist hate?

Also Read: 'Spaceship Earth' Director Matt Wolf on What Drew Him to Saga of Biosphere 2 (Video)

Some of the eligible films are currently available on Netflix; others can be found on VOD on other platforms. But given that everybody’s stuck at home, and given the huge number of eligible films in a category that typically has more than 150 competing docs – as one Oscar documentary voter told TheWrap, “Now would be a great time for those to be available” on the members’ streaming platform.

The wait may not be too long, mind you – the Academy’s submission process recently opened, and the first batch of films is typically made available to doc-branch voters in June. AMPAS is aiming for a similar schedule this year, according to a person with knowledge of the plans.

But typically, only a small batch of films are in the June group; last year, it didn’t go out until the end of the month, June 28, and it included only 23 of what was eventually 157 eligible docs.

This year, with lots of films already in contention and lots of voters looking for ways to fill their free time, we can only hope – and urge – that things start sooner and go bigger.

CORRECTION: The original version of this story was based on the trimmed lineup for the online version of CPH:DOX. The number of qualifying films has been changed to reflect the festival’s original lineup.