An aggressive new species of photographer is gobbling up territory at press conferences and red carpets, less technically schooled than previous generations, obsessed by the money in “money shot,” likely to be foreign-born and almost always in position to get the shot thanks to a tip — from a publicist.

Once we cherished a “La Dolce Vita” fantasy of the paparazzo as some comical shutterbug nipping at the stilettos of Anita Ekberg or Sophia Loren. Today he is a surly Brazilian, lugging a Nikon D3 in search of Lindsay Lohan.

This new breed includes not only paparazzi, but also more mainstream celebrity photographers and iPhotographers who materialize with still or video cameras at news events.

In fact, it is the unpaid amateur who may well represent the plague that kills off photojournalists and paps alike.

“The citizen photographers — the guys with iPhones and consumer-level SLRs — are the biggest enemies,” says Ted Soqui, a longtime L.A. freelance photographer who’s covered everything from riots to wildfires to fashion runways. “They’ve taken over and they are doing it for free. It’s a revolution.”

Many other veteran photojournalists, who began their apprenticeships working with film and darkroom chemicals, do not discriminate among paps and iPhotographers – to them they are both pains in the ass who block shots, endanger bystanders and drive down fees and artistry.

“We’re not just one-upping each other," Soqui says of today’s frenzied media scrums. "We’re working against 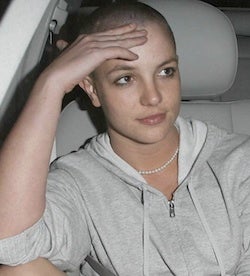 people who are not journalists and don’t know much about the history of photojournalism.”

However, as far as all the newcomers are concerned, the old guys are lazy relics from the age of print who just can’t take a little competition.

“This business is about the survival of the fittest,” says X17’s Brandy Navarre, who believes there is more professional overlap between mainstream and pap photographers than is commonly acknowledged. “I worked for Reuters and when I shot Madeleine Albright I didn’t stand in the back of the crowd. We’re basically one and the same."

Navarre is chief of X17’s online operations. Her company was one of the first and biggest of the groundbreaking pap agencies, and currently competes with Bauer Griffin, WireImage and Splash News. X17 was founded by her husband, Francois, in 1997 and has weathered allegations that its army of freelance photogs are aggressive thugs or former gang members.

“A lot of these guys are really excited to be related to the celebrities they shoot,” Navarre says. “They get calls from celebrities, they become friends. We are genuine fans of the celebrities.”

She denies perennial charges that X17’s photographers deliberately cause accidents to boost a photo’s value, or physically surprise or harass celebrities in order to get unflattering reaction shots.

“That’s a popular misconception,” Navarre says of the latter charge. “It doesn’t benefit us to have pictures of contorted faces and middle fingers that we can’t sell.” She also denies that paps engineer accidents because the potential litigation surrounding such photos makes them unsellable. (Two paps who have worked for X17 in the past were involved in the Nicole Richie fender bender.)

Like others interviewed for this article, Navarre claims that paparazzi and the agencies who hire them have increasingly become part of an entertainment industry-public relations matrix, in which photogs are hired to “spontaneously” show up and make it appear they are stalking certain celebrities who are in need of a PR boost.

“In 90 percent of the cases,” Navarre says, “there’s a symbiotic relationship at work – publicists and managers are calling and texting us, along with [clothing] boutique and restaurant owners, all wanting photographers to show up and shoot their clients or businesses. Five years ago a paparazzo sat in a car behind a cracked tinted window with a 500mm camera lens. Today, there might as well be a velvet carpet all the way down Robertson.”

Navarre goes so far as to say that paparazzi photogs have become a tourist attraction and that X17 gets calls from out-of-town visitors asking where the photogs will be hanging out on a given day.

“Many photographers don’t even know how to do a paparazzi job anymore because it’s handed to them on a platter,” she says. 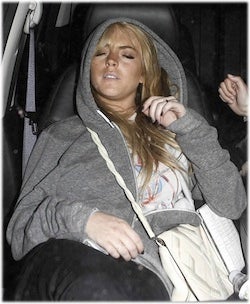 The paparazzi high-water mark came in 2007 and was welded at the hip to singer Britney Spears’ photogenic public meltdowns. From that point on, however, the business has been on the ropes. For one thing, Spears cleaned up her act, or at least took it inside.

And so much of the paps’ income relied upon a group of imploding celebrities who have now become overexposed. You can only sell so many pictures of Lindsay Lohan nodding off.

Worse, Web sites and vanishing print publications reached their tipping point with the amount of money they could spend on exclusive shots. Now, as in nearly every other American industry, photogs of all varieties are being offered less money for their work – and there are more of them.

Equally devastating has been the use of Flickr and other public photography sites by mainstream news Web sites to access free content for themselves, or these same news organizations’ inviting amateurs to submit unpaid content for their sites.

“Any artists working in digital media today,” says Alex Berliner of Berliner Photography, “is going to feel the same pressure that Napster had on the music industry. That’s inevitable.” Berliner’s family-owned business has been a commercial-photography fixture for more than 30 years.

“Photography has become public domain in the way music’s become pirated and is downloaded for free,” adds news photographer Ted Soqui. “It’s the same mentality and no one thinks anything about it. The photo of the plane landing on the Hudson River wasn’t taken by a professional photographer – it was by a guy with an iPhone. There was a time when the New York Times wouldn’t run something like that.”

Seen another way, however, the rise of the iPhotographer represents a democraticization of the craft. A statement by Kevin McCollister on his photography blog best summarizes this ethos.

“I’ve taken only a handful of photography [classes],” McCollister writes, “never shot film nor stepped in a darkroom. If the digital sensor had never been invented, you wouldn’t be reading this. But it was invented and I’m taking total advantage of its ability to present the easily misunderstood city of Los Angeles.”

In one sense, Brandy Navarre is right about the overlapping of the mainstream with the paparazzi: The fate of both kinds of photographers is threatened by ubiquitous amateurs, whether they are serious flaneurs like McCollister or underfoot kibitzers who seek nothing more than name credit.

“Is Flickr going to change the world?” Alex Berliner asks. “In a sense, yes. The qualifications are zero. The qualifications for working for a reputable agency [like CNN.com] are different. Those agencies are doing themselves a disservice by opening their businesses to laypeople.”

Because so many celebrity photographers are foreign nationals, attacks on the paparazzi reflect the current unease and resentment in the U.S. about immigrants. The anger from established local photographers becomes audible whenever a press conference speaker is swarmed by uncredentialed Latino freelancers who don’t heed calls for them to pull back. 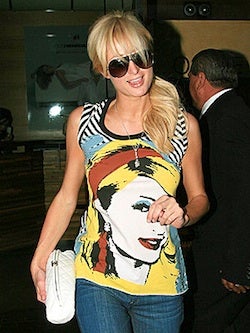 freelancers or the company, which is sometimes called “Mex17.”

“It just happened that way,” says Brandy Navarre on the predominance of foreign freelancers in X17. “A foreigner has less inhibition. If you feel like an outsider, you just don’t have the same self-restrictions as a native resident.”

Navarre says X17 ensures that all its freelancers are in the country legally and files IRS 1099 forms on them. “We’re more above-board than GE.” The company’s Brazilian reputation, she adds, is mere coincidence.

If photojournalism, as Navarre says, represents the survival of the fittest, then the shrinking market for well-paid images has turned into a Darwinist battle in which photographers must adapt or die — there are so many people armed with cameras and a sense of entitlement.

Photography, like poetry, may be a fraternity but it is without privileges. No one is elected to be a photographer and very few news events today require the vetting provided by a police-issued ID.

Brandy Navarre acknowledges that X17’s income from the licensing of its images is down, as it is for everyone in the business. She says X17 will continue to license its images to online and print buyers, but that its Web site is the company’s future.

Taking a cue from arch-nemesis TMZ.com, X17 has constructed its site as a content-driven gossip portal, rather than just a gallery of images – a strategic shift that has been adapted by Splash and Bauer Griffin.

Still, the “reporting” for these three sites mostly consists of catchy captioning for photos or videos taken of celebs, rather than the interviewing or records-digging that characterizes TMZ.com and RadarOnline.com.

“We offer a really different, well-known brand that we’ve worked really hard on for years,” Berliner says. “We’re still here because we’re part of people’s lives. That can’t be replaced by someone with a snappy.”

For lone-wolf freelancers, however, adapting to the new environment has brought diminishing returns.

“It took years to get to the point where we’d get an assignment from a magazine,” says photographer Soqui. “They’d trust us. We had a code to follow — we wouldn’t manipulate images or subjects. Magazines now don’t care.” 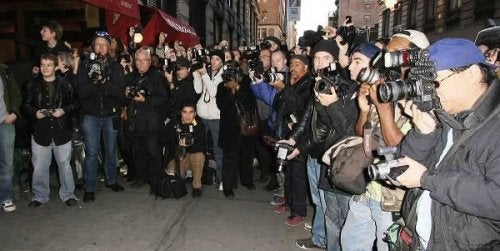