New York Times Company president and CEO Meredith Kopit Levien said in a statement, “Just after the end of the second quarter, The Times crossed another mile marker on our path to scaling direct, paying subscriber relationships: We now have more than 8 million paid subscriptions across our digital and print products — a testament to the success of our strategy, the strength of the market for paid digital journalism, and our unique opportunity to meet that demand. That milestone follows a second quarter with strong revenue and profit growth and progress on advancing our underlying model.” 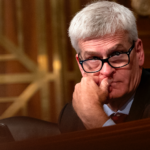 The Times also announced that the diluted earnings per share from continuing operations in Q2 was $.32, up from the second quarter of 2020, which saw $.14. Adjusted diluted earnings per share fro continuing operations was $.36, also up from $.18 during the same period last year. Operating profit went up to $73.3 million. In the second quarter of 2020, it was significantly lower at $28.8 million. Finally, the adjusted operating profit increased from $52.1 million in the same period last year to $92.9 million this year.

Levien said, “The combined strength in our subscription and advertising revenue streams more than offset cost growth and, as a result, we recorded $93 million in adjusted operating profit, a 78 percent improvement compared to the same quarter in 2020. Given the opportunity we see — an addressable market of at least 100 million people who are expected to pay for English-language journalism and a unique moment in which daily habits are up for grabs — we are continuing to invest in both the value of our individual products and the broader bundle. We believe these investments will enable us to grow our market share and also to build a larger and more profitable company over time.”