The New York Times, Amazon, Reddit and many other websites are back online Tuesday morning following an outage that affected sites content-delivery network Fastly.

Fastly announced Tuesday that the issue was solved, tweeting, “We identified a service configuration that triggered disruptions across our POPs globally and have disabled that configuration. Our global network is coming back online.”

The provider included a link for users to check statuses of sites. 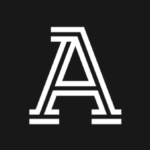 Also Read:
The New York Times in Talks to Buy The Athletic (Report)

In all, according to CNET, 503 sites were impacted by the blackout. Fastly notes on its status update page that “when a network issue does arise, we think our customers deserve clear, transparent communication so they can maintain trust in our service and our team.” Numerous updates were posted throughout the early hours of Tuesday morning, most of which informed users that the company was “continuing to investigate this issue.” Eventually, the updates changed to note that the issue was identified and a fix was put in place, though users could “continue to experience decreased cache hit ratio and increased origin load as global services return.”

Fastly touts Shopify and the Times as key customers in its own promotional material. The outages at the cloud computing service, which has been around since 2011, also impacted sites for the BBC, CNN, Bloomberg News, Twitch, GitHub and Businessweek, which said in a tweet linking to an explainer about the blackout, “hope you can read this article.”