The New York Times is in talks to buy The Athletic, according to a new Axios report.

According to Axios, the Times wants a full acquisition as opposed to a joint venture or strategic partnership. The Athletic boasts about 1.2 million paid subscribers. 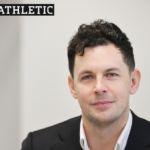 Also Read:
How The Athletic Plans to Double Subscribers in 6 Months

Last summer, 8% of The Athletic’s staffers were laid off and all remaining staffers had their salaries temporarily cut as digital media suffered the effects of the coronavirus pandemic.

“With sports on pause due to the ongoing pandemic, today we made the difficult decision to reduce the size of our staff in select coverage areas, affecting approximately eight percent of employees,” a spokesperson told TheWrap at the time.

The spokesperson added, “While we are hopeful that sports will soon resume, this measure was necessary to ensure that the company can weather the uncertainty that lies ahead. Overall, our subscriber base remains steady and we are proud of our newsroom’s continuing coverage of the return of sports.”

The ad-free, hyper-local subscription sports website crossed the 500,000 subscriber mark in August 2019, three years after its launch, and CEO and co-founder Alex Mather was setting ambitious goals for 2020.