“The Federation for American Immigration Reform (FAIR), the Center for Immigration Studies (CIS), and NumbersUSA are all anti-immigrant groups with deep ties to the late white nationalist and eugenicist John Tanton, who wanted to limit immigration in order to maintain the United States as a white-majority country. Tanton personally founded FAIR and CIS, which have since been classified as hate groups by the SPLC,” explained the researchers of their findings. 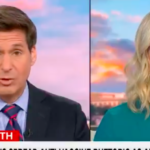 Beyond The New York Times and Washington Post, the study reviewed pieces published in the Los Angeles Times, Wall Street Journal, Reuters, and The Associated Press between January 1, 2019 and July 8, 2021. Media Matters found that the papers cited FAIR, CIS, or NumbersUSA in 203 articles and only 15% of those articles provided context about the groups’ beliefs or connections to the Trump administration or restrictionist immigration officials.

A representative for FAIR told TheWrap, “FAIR unequivocally rejects the ideology of white nationalism. FAIR advocates for more limited immigration and for enforcement of immigration laws based on concerns about the overpopulation and environmental impact, impact on American workers’ jobs and wages, cost burdens on taxpayers, national security and other issues that broadly affect the American public. Our view is that U.S. immigration policy should not discriminate against or in favor of anyone based on matters of race, religion, national origin, or other such characteristics.”

A rep for NumbersUSA also disputed MMA’s characterization, and pointed to the group’s Statement of Values, which states that “immigrant bashing, xenophobia, nativism, and racism are unacceptable responses to federal immigration policy failures. Race and ethnicity should play no role in the debate and establishment of immigration policy.”