The ad, which will air during Fox News’ Fourth of July broadcast, slams DeSantis and Florida Sen. Rick Scott on several hot-button issues, including the “Don’t Say Gay” law that went into effect this summer and a new state law banning abortions after 15 weeks.

“It’s Independence Day — so let’s talk about what’s going on in America,” Newsom says in the ad. “Freedom is under attack in your state…I urge all of you living in Florida to join the fight — or join us in California, where we still believe in freedom: Freedom of speech, freedom to choose, freedom from hate, and the freedom to love.” 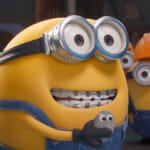 Newsom and DeSantis have become figures of an ever-deepening divide in America between blue and red states. As DeSantis has acted on far-right policy demands regarding education, law enforcement and cultural grievances ahead of a rumored 2024 presidential nomination, Newsom has made himself into a national figure as a guardian of liberal values, shrugging off a recall election last year as he pledged to ensure that California would be a state where abortion access would remain readily available.

“Things have changed, rules of engagement have to change,” Newsom told CNN, which first aired the Florida ad. “You’ve got to take the fight to them.”

A DeSantis spokesperson mocked the ad when asked for comment by CNN. “Gavin Newsom might as well light a pile of cash on fire,” spokesman Dave Abrams said. “Pass the popcorn for his desperate attempt to win back the California refugees who fled the hellhole he created in his state to come to Florida.”