Fox’s “Next Level Chef” is getting a shakeup as Richard Blais joins the Gordon Ramsay-hosted competition series as a mentor, stepping in for Gino D’Acampo.

According to an individual familiar with the situation, D’Acampo was forced to drop out due to a family commitment that prevented him from traveling to the U.S. for filming. Blais joins Ramsay and fellow mentor Nyesha Arrington on the show.

Set to premiere in 2022, “Next Level Chef” is described as “a one-of-a-kind culinary gauntlet” featuring an “iconic stage like you’ve never seen.” Competitors — consisting of line cooks, home chefs, social media stars, food truck owners and everything in between — will be tasked with preparing meals in a series of kitchens. 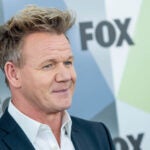 “From the glistening top floor to the challenging bottom of the basement, the ingredients will match the environment, because Ramsay believes the true test of great chefs is not only what they can do in the best of circumstances, but what kind of magic they can create in the worst,” Fox’s description reads.

Blais, the winner of the first season of “Top Chef All-Stars,” is a graduate of the Culinary Institute of America. Most recently, he opened the steakhouse Ember & Rye in Carlsbad, California and serves as culinary director at the newly opened San Diego Symphony performance space, The Rady Shell at Jacobs Park. He is the author of the cookbooks “Try This at Home: Recipes from My Head to Your Plate” and “So Good,” and serves as host of the game show-style podcast “Food Court.”