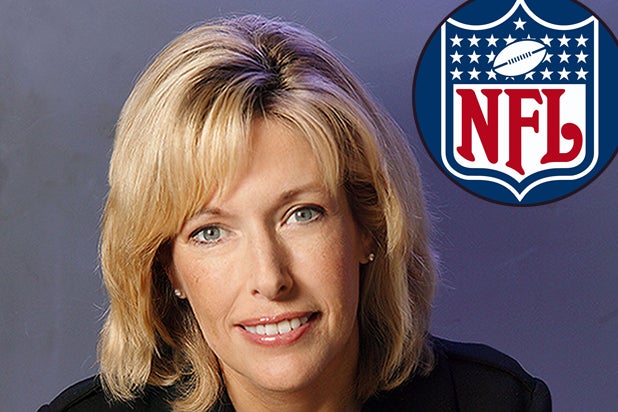 “We are looking forward to working with Dawn, whose experience as a leader and marketer will help further connect the NFL with fans,” said NFL Commissioner Roger Goodell in a statement to TheWrap.

Hudson replaces Mark Waller as the NFL’s CMO and will be tasked with overseeing the development, direction, and implementation of all of the NFL’s marketing activities. She’ll be working out of the league’s New York offices and report to Commissioner Goodell, beginning in October.

Meanwhile, Waller will focus exclusively on growing international business for the NFL.

“I am excited to join the NFL where I will be able to combine two of my passions – sports and marketing,” said Hudson. “Sports have always played a big role in my life and in my career. While at Pepsi, I worked with numerous sports properties, including the NFL, and I also served as a LGPA board member.”

Most recently the veteran marketing and advertising executive served as vice chairman of a Boston-based consulting firm, The Parthenon Group. Hudson had previously spent 11 years at PepsiCo, eventually rising to the ranks of president & CEO of Pepsi-Cola North America and Frito-Lay.

She was also a former board member and chair of both the Ladies Professional Golf Association and the Association of National Advertisers.

Hudson’s hiring announcement while the NFL is in the midst of a massive public relations crisis, thanks in part to how it handled violent incidents involving its marquee running backs, Ray Rice and Adrian Peterson.

Rice attacked his then-fiancee Janay Palmer in an Atlantic City, N.J. elevator back in February. The All-Pro running back was originally suspended for two games, but when a new video surfaced Sept. 8 showing the brutal incident in its entirety he was cut by his team and suspended indefinitely from the NFL.

Peterson, meanwhile, admitted in a Sept. 12 statement from his lawyer to hitting his four-year-old son with a switch. He was suspended by his team, the Minnesota Vikings, two weeks in a row.