“Candyman” director Nia DaCosta has found her next film and has been set to direct an adaptation of Ta-Nehisi Coates’ book “The Water Dancer” for MGM.

Coates adapted the script based on his #1 New York Times Bestselling Novel of the same name. The film adaptation is being produced by Coates’ Maceo-Lyn, Brad Pitt’s Plan B and Oprah Winfrey’s Harpo Films.

“The Water Dancer” follows Hiram Walker, born into bondage. As a child, he loses his mother and, over time, loses all memory of her. Now a young man, Hiram almost drowns when he crashes a carriage into a river, but is saved from the depths by a mysterious power he never realized he had and struggles to understand. 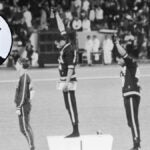 “The Water Dancer” was a selection of Oprah’s Book Club and has over a million copies in print. The book was published by One World, an imprint of Random House.

DaCosta’s first film was “Little Woods” starring Tessa Thompson and Lily James, and she followed that up with “Candyman” from last August, which was also an MGM film though distributed by Universal. She’s currently in post-production on “The Marvels” starring Brie Larson, Teyonah Parris and Iman Vellani, which is set for release from Marvel for a 2023 release.

Coates is also in development with Plan B on another film, “Wrong Answer” from director Ryan Coogler and star Michael B. Jordan. Coates is adapting the screenplay from a New Yorker article by Rachel Aviv; Plan B is producing with Proximity Media and New Regency Productions. Plan B also has several projects set at MGM as part of their overall second look feature film deal with the studio, including Sarah Polley’s “Women Talking,” Cory Finley’s “Landscape With Invisible Hand,” an original film from Lee Isaac Chung and “The Husbands” starring Kristen Wiig. 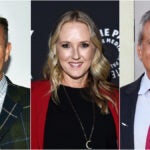