Rashaad Ernesto Green will direct the feature film “68,” inspired by the true story of the Olympians who gave the black power salute on the podium, MGM, Participant and MACRO announced on Thursday.

Academy Award-nominated screenwriter Billy Ray wrote the script that centers on sprinters Tommie Smith and John Carlos and chronicles their lives from track athletes at San Jose State to Olympic medalists and activists at the 1968 Games in Mexico City, where Smith and Carlos both raised their fists in solidarity and in support of human rights.

“Still incredibly powerful and relevant, I’m honored for the opportunity to bring Tommie and John’s riveting story to life; to portray the weight of the world these two giants had on their shoulders and the self-determination, courage and sacrifice it took for them to stand up for all of us,” Green said in a statement. 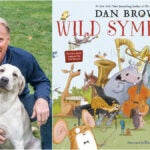 Participant and MACRO will produce the project, along with Stacy Sherman. Carlos’ nephews, Airrion and Shaun McCoy, and DeLois Smith, the wife of Tommie Smith, will co-produce the film. Participant will be incorporating “68” into its ongoing impact work dedicated to civil rights and social justice.

Michael De Luca, MGM Film Group Chairman & Pam Abdy, MGM Film Group President added: “We are thrilled to have Rashaad Ernesto Green at the helm of this very special film. Olympian Tommie Smith has said that he and fellow Olympian John Carlos ‘had to be seen because we couldn’t be heard.’ The courage and selflessness of these two extraordinary men, who quite literally put their lives on the line to stand up for what was right and true, has stood as a testament to the essential need to speak truth to power. We are deeply grateful to Tommie and John, along with Rashaad, Stacy, Billy, Participant and MACRO, to entrust MGM to bring their story to the world.”

David Linde, CEO of Participant said: “Participant is proud to work with Rashaad, Stacy, Billy, MGM and MACRO to tell the story of Olympians Tommie Smith and John Carlos and their historic protest. At a time when the right to peacefully protest remains under attack, it couldn’t be a more perfect opportunity to tell the story of these courageous men.”

Charles D. King, Founder & CEO, MACRO added: “We are thrilled to work with Rashaad Ernesto Green and the teams at MGM and Participant to bring this incredible story to the screen. The moment when Tommie Smith and John Carlos took the podium and raised their fists created a ripple effect of change that resonates to this very day and now audiences worldwide will understand the true extent of their bravery.”

Bronx-born filmmaker Rashaad Ernesto Green received the Independent Spirit Someone to Watch Award in 2020 for his sophomore feature, “Premature,” which premiered at Sundance Film Festival. Shot in Harlem, New York entirely on 16mm film, the film is currently streaming on Hulu. Green broke out with his first feature, “Gun Hill Road,” which was a Grand Jury nominee at Sundance.

Ray wrote the screenplay for the Oscar-nominated “Captain Phillips” and other numerous films including “Richard Jewell,” “Overlord,” “The Hunger Games,” “State of Play,” “Breach,” and “Shattered Glass,” as well as Showtime’s “The Comey Rule,” among others.