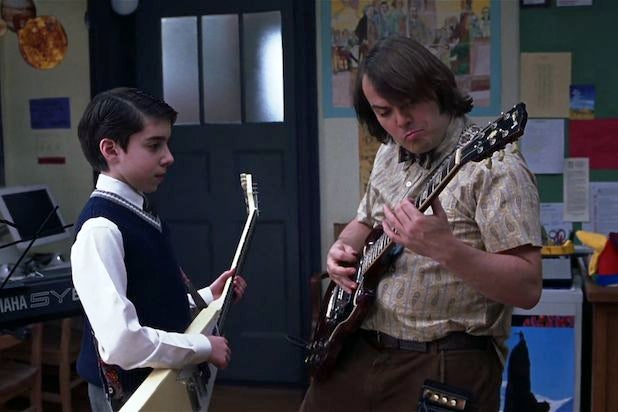 “School of Rock,” a 2003 Paramount Pictures comedy directed by Richard Linklater and starring Jack Black, is set to become a new musical comedy series on Nickelodeon next year.

The network announced on Monday that is has partnered with Paramount TV and ordered 13 episodes straight to series, with Linklater and Scott Rudin executive producing.

Writers Jim Armogida and Steve Armogida will serve as executive producers and showrunners.

No cast has been announced yet, but the series will follow Black’s character, Dewey Finn — a down-on-his-luck rocker who pretends to be a substitute teacher at a prestigious prep school.

Production begins this fall, with a premiere slated for spring 2015.

“‘School of Rock’ is one of those great movies that always felt quintessentially Nickelodeon in its tone and humor, and we jumped at the opportunity to partner with Paramount Television and bring it to life as a TV series,” said Russell Hicks, president of Content and Development at Nickelodeon. “Once again, kids will be able to laugh and rock!”