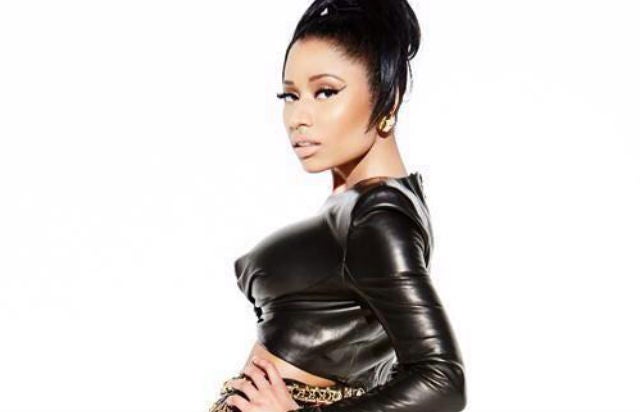 Nicki Minaj will have a new team of fans when she heads to the “SportsCenter” studio this week.

The rapper and singer will debut her song “Win Again” on ESPN’s flagship program on Friday, Dec. 12 at 10 p.m. PT at their downtown Los Angeles studio.

See photos: Not Quite America's Pastime: 10 Obscure Sports That Made it To the Big Screen (Photos)

The flamboyant 32-year-old will make appearances throughout the show and chat about her favorite sports and athletes with the equally-as-outrageous host, Kenny Mayne.

“We’re thrilled that Nicki Minaj is making an appearance on ‘SportsCenter,'” the program’s coordinating producer Sandy Nunez told TheWrap. “Nicki is a huge artist and having her on the show will be a treat for our viewers. We’re excited to be able to offer ‘SC’ fans the best in both sports and entertainment!”

The musician, who is notorious for her raunchy style and outspoken attitude, is part of “SportsCenter’s” continuing efforts to be as diverse and all-encompassing as possible — moving far beyond score updates and game commentary.

Along with following in the footsteps of past guests such as Drake, Lil Wayne, Flo Rida and Willie Nelson, her appearance also comes after ESPN has literally taken the show on the road with live broadcasts in San Antonio for the NBA championships, Florida State University, Ole Miss and Mississippi State for their respective college football games and Miami for the NASCAR final race at Homestead.

“Win Again” is from Minaj’s soon-to-be-released album “The Pinkprint,” which will be available on Dec. 15.

Minaj teamed up with ESPN the Magazine earlier this year when the petite singer posed with Los Angeles Lakers star Kobe Bryant for the annual Music Issue.

Correction: Minaj will be appearing on “SportsCenter,” but an earlier version of this story reported that she would perform. TheWrap regrets the error.