Nicolas Cage is set to star in and produce a comedy set at A24 called “Dream Scenario” that will also be produced by “Midsommar” filmmaker Ari Aster, an individual with knowledge of the project told TheWrap.

Kristoffer Borgli, who directed the Cannes title from this year called “Sick of Myself,” will write and direct the film.

A24 will finance and produce “Dream Scenario.” Jacob Jaffke and Tyler Campellone will also produce alongside A24, and Aster and Lars Knudsen will produce for their Square Peg banner. 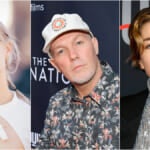 Also Read:
Phoebe Bridgers, Fred Durst and Lindsey Jordan of Snail Mail to Appear in A24 Horror Movie ‘I Saw the TV Glow’

“Dream Scenario” marks the fourth time that A24 is teaming up with Aster’s Square Peg, including on his films “Hereditary” and “Midsommar” but also on the upcoming “Disappointment Blvd.” starring Joaquin Phoenix.

Nic Cage most recently got to flex his comedic chops in the film “The Unbearable Weight of Massive Talent,” a meta comedy in which he played a version of himself. He’ll also be seen in the Western “Butcher’s Crossing” that’s making its premiere at TIFF next month, as well as the vampire movie “Renfield” in which Cage will play Dracula.

Borgli is a Norwegian director also behind the film “Drib” from 2017, as well as a number of shorts. “Sick of Myself” was a critical darling that played in the Un Certain Regard competition at Cannes this year, telling the story of a couple with an unhealthily competitive relationship that takes a turn when one half of the couple breaks out as a contemporary artist, leading the other to develop a new persona designed to attract attention and sympathy. 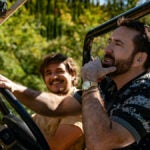