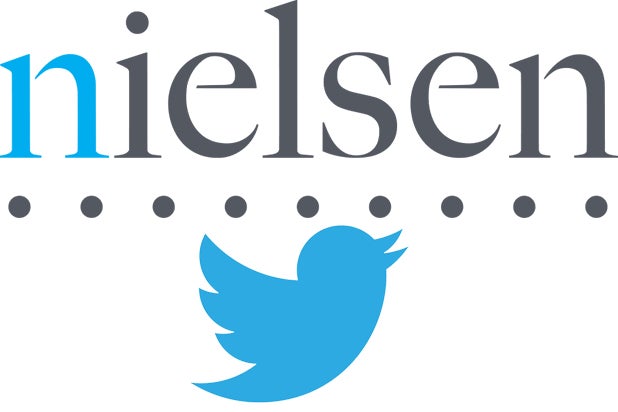 Nielsen Media announced Monday the commercial launch of Nielsen Twitter TV Ratings, which the company touts as the first measurement system of the activity and reach of TV-related conversation on the social media site.

The partnership offers a new way of measuring correlation between Twitter interactions and traditional Nielsen TV ratings. But does one exist? And even if it does — does it matter? To that end, does Twitter matter?

The ratings company — and networks — clearly think so.

“You can’t really deny the fact that social TV as a phenomenon has taken off,” a Nielsen insider told TheWrap. “We feel like part of our obligation is to understand any kind of behavior, action or trends around [traditional] TV viewing.”

After all, the ratings company’s interests align with those of its users, the TV networks. Both need to be as current as possible to stay ahead of consumer trends. And since one could say that traditional TV ratings are anything but “current,” why not invest in social measurement?

The networks are investing heavily and they’re the ones with the real horses in the race. Everyone from executives to some of Hollywood’s biggest stars have embraced to medium. Let’s start with the stars:

“Our show was sort of, like, a grassroots movement,” Kerry Washington told TheWrap, discussing how her ABC drama “Scandal” grew its base on social media. “It was from the bottom up.”

Washington has even been vocal about the fervent and highly social “Scandal” fan base — who dubbed themselves “Gladiators” — being responsible for the show’s second season order. She singled out one mega-fan:

“When Oprah came and spent the day with us here … she said she started watching the show because of Twitter,” Washington explained. “She said she would be on Twitter on a Thursday night and be like, ‘What is this ‘Scandal’?'”

The actress echoes the value that those on the business side see in Twitter as well.

“All of us in every corner of the media world are working diligently to use [Twitter] for good,” Michael Engleman, executive vice president Marketing, Digital and Global Branding, Syfy Networks told TheWrap.

Ever hear of the channel’s low-budget TV movie from the summer called “Sharknado?” Sure you have — and only because of Twitter. And soon you’ll hear about “Sharknado 2: The Second One” — which was actually named by Twitter users in the same manner.

Still, much of the buzz was happenstance which Syfy did not plan for, but they were ready when it hit.

“We were Twitter Boy Scouts — it was about being prepared,” Engleman said.

Also read: How Twitter Could Make Movie Studios a Boatload of Cash

When asked if there would have been a sequel at all if not for Twitter, Engleman told TheWrap, “Honestly, I highly doubt it.”

Syfy told TheWrap that it plans on using Twitter even more for the upcoming sequel. The channel is finalizing a way to allow for viewers who were engaged on Twitter for the first installment to actually influence the story line of the follow-up movie.

While nothing has been green-lit strictly on its social possibilities, Engleman admitted that projects identified to have “high potential on Twitter” has “pushed [them] over the finish line.”

While imperfect, the Nielsen Twitter TV ratings are surely being tracked by executives like Engleman. It’s just that the numbers don’t offer enough of a direct correlation yet for industry insiders.

The Nielsen insider believes that correlation is not the difficult part to prove, and that it already exists anyway, but that causation is where the real value lies. Unfortunately, that’s a little trickier. There are some obvious conclusions though, like the intuitive fact that a higher Twitter rating is indicative of an audience that is more engaged.

Here are some more specific numbers to consider:

That — Nielsen believes — is statistically significant.

Also read: How Twitter’s IPO Compares to Facebook: No Profits

Nielsen admits that its Twitter ratings are imperfect, as some media outlets have pointed out. But then again so are its traditional ratings anyway. That second part is industry influencers talking — not the company that has made a business out of the measurement.

If for nothing else, the new venture offers networks the ability to extrapolate other pieces of demographic information and user behavior. And that’s valuable, right?