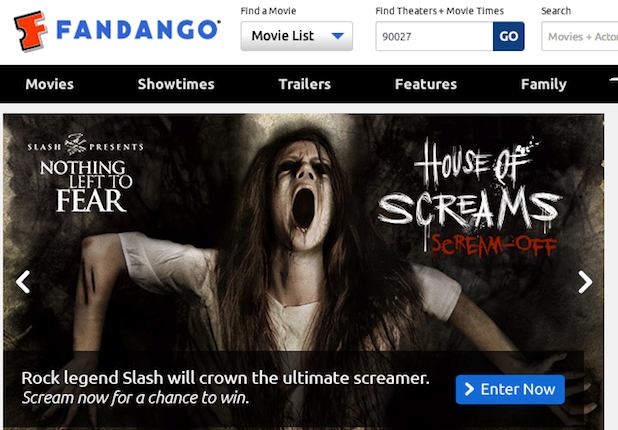 It’s just a bullet point in a press release, but it could become a silver bullet for the movie industry.

Under a groundbreaking partnership between Twitter and Comcast, announced Wednesday, Fandango will be able to sell tickets directly from the social media platform.

The details on this new venture remain unclear for now — it’s early days as they like to say — but the potential is limitless. Can you imagine a movie studio or movie star using Twitter to sell tickets for a movie they are working on by tweeting about it?

“Fandango has become the primary way you buy you movie tickets, and we have heavy interest from movie studios in promoting themselves on Twitter,” Schwartz told TheWrap. “There’s no reason the ‘See It’ Button couldn’t end up next to one of their tweets.”

The ‘See It’ button is a new feature that will allow Twitter users to record or watch TV shows without leaving the social media platform. If successful, the initiative will prove what Twitter and social media advocates have long argued — Twitter increases viewership for TV shows.

This will give both Twitter and TV networks concrete data on whether that is true, and this new deal is primarily about television.

Yet the Fandango part of this deal offers Twitter the opportunity to make the same case to film studios. If Twitter users begin to buy movie tickets directly through Twitter, it can prove its ability to send viewers to the movie theater.

“Without leaving Twitter, your friend or somebody you value recommends a movie, you press ‘see it’ and you book your movie ticket and never left Twitter,” Schwartz said.

So “Anchorman 2” director Adam McKay can sell tickets to the movie by tweeting to his 203,000 followers.