As Roman Polanski’s arrest in Switzerland made headlines, his history at the Oscars – five nominations, and one best-director win for “The Pianist” – was usually an aside.

Unnoticed was the time that the Academy president made a brash promise, and it took a no-show from Polanski to deliver on it.

It happened at the 75th Oscars, in March 2003. Ratings had been declining for the past five years, and figures from ABC showed that part of the reason was the substantial loss of East Coast viewers as the show passed midnight. 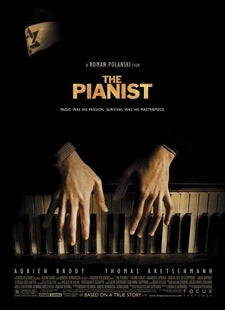 So, in the wee hours of February 11, when Marisa Tomei and AMPAS president Frank Pierson announced the Oscar nominations — which included best picture, director, actor and screenplay nods for Polanski’s film "The Pianist" — Pierson added a comment of his own: “For those of you on the east coast, here’s a presidential promise: you’ll know the best picture winner before the clock strikes twelve.”

Understand, Pierson’s scenario had only happened once in the previous 25 years – and more often than not, the top prize hadn’t been handed out until after 12:30 a.m.

The three longest Oscar shows in history had all occurred in the past four years. In 1999, a show produced by Gil Cates topped four hours for the first time since the Oscars had been televised. The following year, producers Lili and Richard Zanuck set a new record with a four-hour, eight-minute show. And two years later, Laura Ziskin shattered the existing records by going nearly four and a half hours.

When Pierson came to Cates, who was back in the producer’s chair, and said he’d like to publicly promise a three-and-a-half hour show, the producer gave it some thought. He figured it wouldn’t be easy – but at the same time, Cates had produced the only sub-3:30 show in recent years, which had taken place two years earlier and had featured the same host as the 2003 show, Steve Martin.

Cates told Pierson to go ahead and make the promise; then he went about trying to fulfill it. Once the show was mapped out, early projections pointed, to Cates’ dismay, to a running time of around 3:45. It helped when Eminem declined to perform his nominated song, “Lose Yourself,” and Cates opted not to have anybody else do it.  At rehearsals, though, the show was still projected to run about 3:40.

Trims were made, film packages were cut, things were streamlined and the show was reduced to about 3:26. Meanwhile, though, the war in Iraq began, and ABC News demanded up to four minutes of airtime during the Oscar show to give news updates.

During the show, ABC News only used three minutes – but going into the final act of the night, in which the best-director and best-picture Oscars would be handed out, it was 8:51 Pacific time. Cates needed a nine-minute act, which would be workable only if the night’s big winners got to the stage quickly and kept their speeches to a minimum.

In the command truck parked on the Kodak’s loading dock, Cates leaned forward and spoke to Louis J, Horvitz, who was directing the telecast. “Whatever you can do to hustle it would be good,” he said.

Horvitz cued the show’s announcer only seconds after the act began, got presenter Harrison Ford onstage quickly, cued Ford to start talking before the applause had died down, and barked orders to go into the film clips quickly, read the nominees quickly, get the envelope opened quickly…

The possibility of a three-and-a-half hour Oscar show, though, hinged on the best-director winner. If Rob Marshall won for “Chicago,” as many expected, who knew how long he’d take to get to the stage, how many people he’d stop to hug along the way, and how many he’d thank once he got there? A verbose winner would derail the timing and turn Frank Pierson’s promise as empty as many other presidential promises …

… but an absent winner would do the reverse. Ford opened the envelope and said, “And the Oscar goes to Roman Polanski for ‘The Pianist.’”

It’s not fair to say that anybody in the control truck was rooting for Polanski over Marshall — but at the same time, everybody there knew what a victory for the exiled director would mean,  Through the truck, there passed one of the most profound sighs of relief I’ve seen in a couple of decades of watching the Oscars behind the scenes. Horvitz leaned back in his chair. Cates smiled and gave two thumbs-up. ABC’s John Hamlin muttered, “Wow.”

Horvitz, so anxious to move things along a few seconds earlier, let the ovation for Polanski build before cuing Ford to read the boilerplate: “Roman Polanski cannot be here tonight, but the Academy congratulates him and accepts this award on his behalf.”

And when Kirk Douglas started stumbling over the best-picture intro he was reading with his son Michael, Cates just smiled. “It’s okay,” he told Horvitz. “We’re fine on time.”