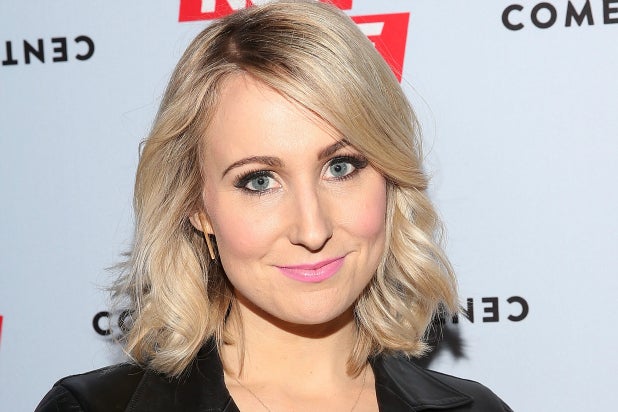 attends the "Not Safe With Nikki Glaser" Season One Premiere Party at The London on February 8, 2016 in West Hollywood, California.

Nikki Glaser stopped drinking four years ago, which she says made sex almost “impossible” for her. The host of Comedy Central’s new show about sex, “Not Safe With Nikki Glaser,” used to need to drink to overcome the awkwardness of sleeping with someone.

Alcohol and sex have an uncomfortable, sometimes ugly, relationship. College campuses, where both sex and drinking are new to many students, are hosting long-overdue conversations about blurred lines. Students are asking questions about consent means, and when someone is too drunk to truly give it.

“I think both people need to be audibly consenting,” Glaser told TheWrap last week. “I think there needs to be like a discussion about it — not like a sit down discussion, but it is unclear.”

She settled on this: “Both people should be able to form sentences.”

“I would be scared if I were men — or a woman,” Glaser said. “I’m so glad I’m not in college anymore, I’m so glad I’m not having kids. … I’ve been drunk a lot for sex but I don’t think any of it I would ever have considered [the] ‘gray area’ of rape,” Glaser said. “A lot of it I didn’t remember, but I didn’t put myself in harm’s way. It is hard though, because I do think a lot of times girls do … that’s why I hate drinking so much.”

Also Read: How Nikki Glaser Shakes TV Critics Out of Their Stupors

Glaser, who didn’t have sex until she was 21, hopes “Not Safe” will de-stigmatize sex to the point where people “don’t have to get fucking wasted to do it.”

Read the first part of our interview with Glaser here.