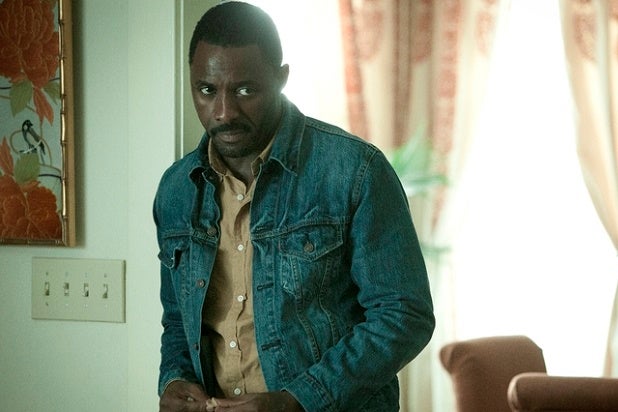 The home invasion thriller “No Good Deed” flipped the script on the weekend box office race, jumping out quickly with an $8.8 million Friday that virtually assures it will wind up at No. 1.

Starring Idris Elba and Taraji P. Henson,  “No Good Deed” was heading for a better-than-expected $25 million three-day total for Sony’s Screen Gems. That roughly doubles its production budget and will be more than enough to top Warner Bros.’ “Dolphin Tale 2,” which is looking at a soft $15 million opening after taking in $4.2 million Friday.

Also read: Taraji P. Henson Says Her Oscar-Nominated ‘Fat Ass’ Can Get a Table, But Not Hollywood’s Respect

Going into the weekend. the family-targeting sequel had been a slight favorite and projected to take in around $20 million, with “No Good Deed” expected to trail it by a few million.

Both of those films will beat out “Guardians of the Galaxy,” which has topped the box office for the past three weekends. The superhero space romp was running third, but Disney and Marvel still had reason to celebrate: “Guardians” is passing the $300 million mark at both the domestic and foreign box office this weekend.

Chernin Entertainment’s The Drop” showed surprising strength for distributor Fox Searchlight Friday. The crime thriller starring Tom Hardy, Noomi Rapace and the late James Gandolfini took in $1.4 million and is heading for a $5 million three-day total, which would put it in fourth, behind “Guardians” at roughly $7 million.

Also read: How Movies With Dead Stars Have Performed at the Box Office

“No Good Deed” targeted African-American audiences, and the Screen Gems marketing team looks to have scored a bulls-eye. It will be the third No. 1 movie this year for Will Packer, who produced “No Good Deed” with Lee Clay, following “Ride Along” and “Think Like a Man Too.” First-night moviegoers gave the film, directed by Sam Miller, a “B+” CinemaScore.

The studio has connected with similar films in the past. The Halle Berry thriller “The Call” opened to $17 million last year and “Obsessed,” which starred Elba and Beyonce, opened to $28 million back in 2009.

Things should pick up for “Dolphin Tale 2” on Saturday and Sunday when the minivan set turns out, but it will fall short of the $19 million that the original film debuted with in September of 2011. Harry Connick Jr., Ashley Judd, Morgan Freeman and Kris Kristofferson returned for the sequel, which like the first film was written and directed by Charles Martin Smith.

“Teenage Mutant Ninja Turtles” and “Let’s Be Cops” were fifth and sixth on Friday and are looking at between $4 million and $5 million for the three days. Paramount’s kids film will top $180 million domestically after six weeks, while the R-rated comedy should be at $73 million after five weeks for Fox.

Warner Bros.’ teen tearjerker “If I Stay” was seventh and hoping to hit $4 million for the weekend, which would put its domestic haul at roughly $48 million after four weeks.