The film is an adaptation of Don DeLillo’s 1985 novel of the same name. It follows Driver as Jack, a professor who, together with his fourth wife (Gerwig), navigates the daily stressors of married American life – factors that are further put to the test when a chemical spill leads to an airborne toxic event and an evacuation of their home. Co-stars to Driver and Gerwig include Jodie Turner-Smith, Don Cheadle, Raffey Cassidy, Sam Nivola, May Nivola, André L. Benjamin and Lars Edinger. 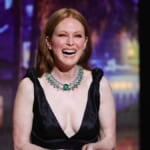 Baumbach last debuted a feature film at Venice in 2019 for “Marriage Story.” He will produce alongside David Heyman and Uri Singer.

In a statement, the filmmaker said: “It is a truly wonderful thing to return to the Venice Film Festival, and an incredible honor to have ‘White Noise’ play as the opening night film. This is a place that loves cinema so much, and it’s a thrill and a privilege to join the amazing films and filmmakers that have premiered here.”

Festival chief Alberto Barbera said that it is a “great honor” to open the 79th annual festival with Baumbach’s latest, and that “it was worth waiting for the certainty that the film was finished to have the pleasure to make this announcement. Adapted from the great Don DeLillo novel, Baumbach has made an original, ambitious and compelling piece of art which plays with measure on multiple registers: dramatic, ironic, satirical. The result is a film that examines our obsessions, doubts and fears as captured in the 1980s, yet with very clear references to contemporary reality.”

Also in the pipeline for Baumbach and Gerwig are their highlight anticipated “Barbie,” due in 2023. The two wrote the screenplay together, while Gerwig directs Margot Robbie as Barbie and Ryan Gosling as Ken. 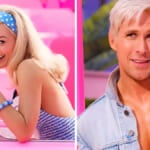 Also Read:
Everything We Know About Margot Robbie’s ‘Barbie’ Movie So Far