The veteran journalist shared the news on Twitter Thursday, writing, “Rolling Stone changed my life. Its music journalism helped push me to play in bands for real. Its conflict reporting gave me a north star to aim for when I was a national security reporter. I can’t f—ing wait to help this incredible team write its next chapter.”

Jason Fine held the editor in chief position until February of this year, when he stepped down to oversee the outlet’s podcast and documentaries. 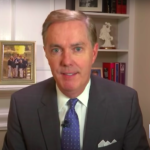 In an interview with the New York Times, Shachtman explained his philosophy going into the job: “It’s got to be faster, louder, harder. We’ve got to be out getting scoops, taking people backstage, showing them parts of the world they don’t get to see every day.”

In that same piece, Rolling Stone president and CEO Gus Wenner said, “I love that his strength is in an area where we need to get stronger. But he’s certainly got the skill set on long-form pieces, and that’s going to continue to be super important, too.”

Tracy Connor, the Beast’s executive editor, will serve as interim editor in chief.

“Y’all know how much I love The Beast. I’ve never had a job so fulfilling, so fun, and that delivered such an impact. I’ve never had colleagues more dedicated to their mission. Tracy Connor is the best journalist I know. She’s going to do an amazing job with this crew,” tweeted Shachtman.