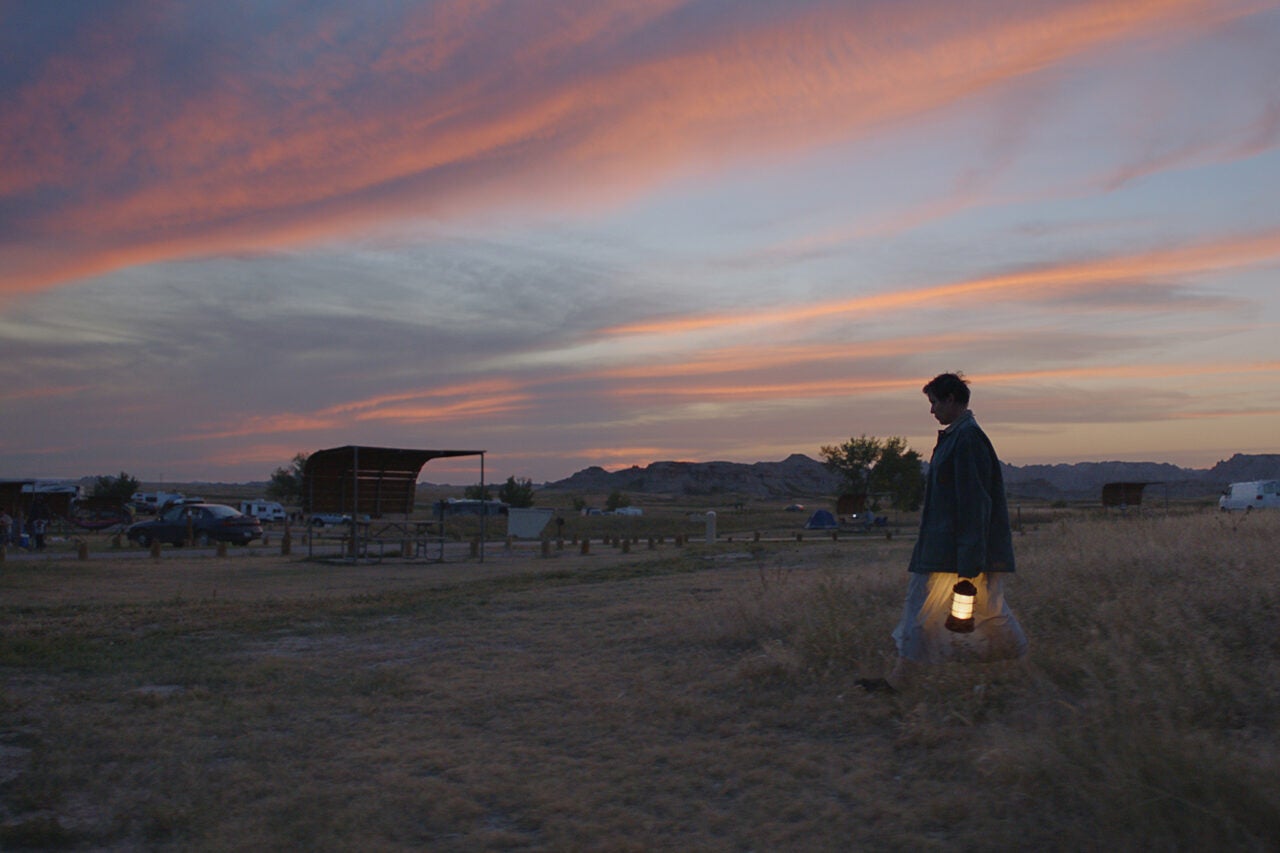 “Nomadland,” “The Father,” “The Mauritanian,” “Promising Young Woman” and “The Trial of the Chicago 7” were nominated as the best films of 2020 at the EE British Academy Film Awards, which were announced on Tuesday in London.

The nominations were heavily weighted toward indie films and homegrown British productions, and will likely bear only a passing resemblance to next week’s Academy Award nominations. They clearly showed the impact of last fall’s overhaul of the BAFTA voting process, a move that was designed to increase the diversity of its selections.

Chloe Zhao’s “Nomadland” and Sarah Gavron’s “Rocks” led all films with seven nominations, with “Nomadland” the only film to be nominated in the Best Film, Best Director, Best Screenplay and acting categories. Zhao was one of four female directing nominees alongside Shannon Murphy for “Babyteeth,” Jasmila Zbanic for “Quo Vadis, Aida?” and Sarah Gavron for “Rocks.” Those three became the first women nominated in the category since Kathryn Bigelow in 2012, after only seven had received nominations in BAFTA’s 73-year history.

Other directing nominees were Thomas Vinterberg for “Another Round” and Lee Isaac Chung for “Minari,” both of whose films were nominated in the Best Film Not in the English Language category. The directing slate left out a number of formidable contenders, including David Fincher for “Mank,” Aaron Sorkin for “The Trial of the Chicago 7,” Paul Greengrass for “News of the World,” Regina King for “One Night in Miami” and Emerald Fennell for “Promising Young Woman.”

The acting categories were also notable for who wasn’t nominated. In Best Actress, the nominees included Bukky Bakray for “Rocks,” Radha Blank for “The Forty-Year-Old Version,” Wunmi Mosaku for “His House” and Alfre Woodard for “Clemency,” but did not include two of the Oscar front runners, Carey Mulligan for “Promising Young Woman” or Viola Davis for “Ma Rainey’s Black Bottom.”

Best Actor included Adarsh Gourav for “The White Tiger,” Mads Mikkelsen for “Another Round” and Tahar Rahim for “The Mauritanian,” but not Gary Oldman for “Mank.” And notable contenders in the supporting categories who were bypassed included Ellen Burstyn for “Pieces of a Woman,” Olivia Colman for “The Father,” Amanda Seyfried for “Mank” and Sacha Baron Cohen for “The Trial of the Chicago 7.”

Among the acting favorites who did make the cut with BAFTA were Vanessa Kirby for “Pieces of a Woman,” Frances McDormand for “Nomadland,” Riz Ahmed for “Sound of Metal,” Chadwick Boseman for “Ma Rainey’s Black Bottom,” Anthony Hopkins for “The Father,” Maria Bakalova for “Borat Subsequent Moviefilm,” Daniel Kaluuya for “Judas and the Black Messiah” and Leslie Odom Jr. for “One Night in Miami.”

“The Father,” “Mank,” “Minari” and “Promising Young Woman” finished just behind “Nomadland” and “Rocks” with six nominations each, while “The Dig” and “The Mauritanian” received five. “Another Round,” “Calm With Horses,” “Judas and the Black Messiah,” “News of the World” and “Sound of Metal” each received four.

In most categories, voters from specific BAFTA chapters selected the nominees from a shortlist of 10-20 films with the help of juries. In some categories, including Best Director and the acting categories, a jury also selected the nominees. Voters were required to see all the films on the longlist before voting in a category, with the number of nominees expanded from five to six in the acting and directing categories and from five to 10 in the Outstanding British Film category.

The use of juries in some categories but not others led to some curious disconnects in the nominations. Shannon Murphy, for instance, landed a surprise Best Director nomination for her indie “Babyteeth,” but that film did not receive a single nomination in any other category. And while “Promising Young Woman” tied for third in total nominations, its Best Film nom came without a directing nod for Emerald Fennell or an acting one for Carey Mulligan. “The Trial of the Chicago 7,” another Best Film nominee, was similarly shut out of the directing and acting categories.

The juries and the expanded categories made this year’s nominations a deliberate salute to independent film and British film, and an attempt to correct years of nominations that included people of color far too infrequently. But the decision use the awards to that end makes this year’s BAFTA a far less reliable Oscar predictor than usual.

In the past, the two groups overlapped to a significant degree: Last year, for instance, in 16 categories common to both shows, 70 of the 80 BAFTA nominees went on to receive Oscar nominations, with four or five BAFTA nominees in each category repeating their success with Oscar voters. (This does not include the animated feature, documentary and Best Film Not in the English Language categories, which draw from different slates of qualifying films.) Five categories, including Best Director, Best Supporting Actor and Best Adapted Screenplay, were exact matches between the two shows.

The EE British Academy Film Awards will be presented at two virtual shows from the Royal Albert Hall in London, the first taking place on Saturday, April 10 and the second on Sunday, April 11. The April 10 show will be devoted to the craft categories.

FILM NOT IN ENGLISH LANGUAGE
Another Round
Dear Comrades!
Les Misérables
The Life Ahead
Minari
Quo Vadis, Aida?

DOCUMENTARY
Collective
David Attenborough: A Life on Our Planet
Dick Johnson is Dead
The Dissident
My Octopus Teacher
The Social Dilemma