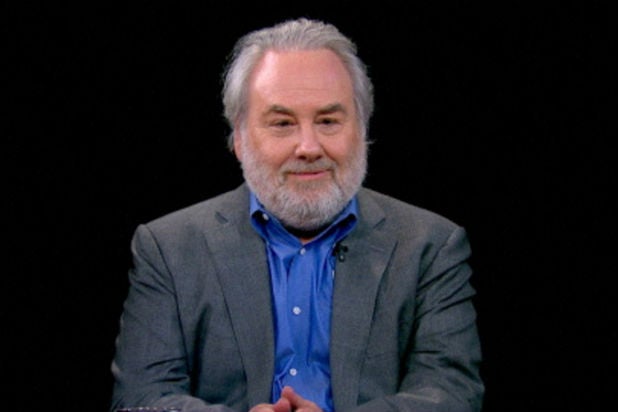 NPR has fired film critic David Edelstein because of a joke he made after Bernardo Bertolucci’s death that alluded to a much-discussed rape scene in the director’s film “Last Tango in Paris.”

Edelstein, a critic for NPR’s “Fresh Air,” wrote on Facebook, “Even grief is better with butter,” along with an image of a scene in the film in which Marlon Brando’s character rapes Maria Schneider’s character using butter as a lubricant.

Edelstein, who is also a critic for New York Magazine, apologized after the post Tuesday, saying he did not know of Schneider’s widely reported comments in 2007 that the scene left her feeling “a little bit raped.”

NPR said in a statement that the joke was “offensive and unacceptable, especially given actress Maria Schneider’s experience during the filming of ‘Last Tango in Paris.’ The post does not meet the standards that we expect from ‘Fresh Air’ contributors, or from journalists associated with WHYY or NPR. We appreciate the apology David posted, but we have decided to end ‘Fresh Air’s association with him, and have informed David accordingly.”

Edelstein wrote that he “was not aware of” Schneider’s experience on the film. “I now realize the joke was in poor taste and have removed it, and apologize for the remark,” he wrote.

New York Magazine said in a statement to TheWrap: “We take David at his word that he was not aware of Maria Schneider’s comments about the making of ‘Last Tango in Paris,’ but we’re reviewing the matter internally.”

Edelstein’s lack of awareness may seem surprising to those who remember the furor that erupted in December 2016 when Bertolucci’s remarks about the scene in a 2013 interview resurfaced. The issue arose again after his death this week.

“I’d been in a way horrible to Maria because I didn’t tell her what was going on,” Bertolucci said. “Because I wanted her reaction as a girl, not as an actress. I wanted her to react and she felt humiliated… and I think that she hated me and also Marlon because we didn’t tell her that there was that detail of the butter used as a lubricant.”

Bertolucci’s comments resulted in many people saying online that they believed Brando really raped Schneider during the scene. The belief circulated in part because of her statement that she felt “a little bit raped” by her director and co-star because they manipulated and coerced her into doing the scene, even though the use of butter was not in the original script.

In the 2007 interview, Schneider said that no sex of any kind took place during the scene.

“That scene wasn’t in the original script. The truth is it was Marlon who came up with the idea. They only told me about it before we had to film the scene and I was so angry. I should have called my agent or had my lawyer come to the set because you can’t force someone to do something that isn’t in the script, but at the time, I didn’t know that. Marlon said to me, ‘Maria, don’t worry, it’s just a movie.’ But during the scene, even though what Marlon was doing wasn’t real, I was crying real tears. I felt humiliated and, to be honest, I felt a little raped, both by Marlon and Bertolucci. After the scene, Marlon didn’t console me or apologize. Thankfully, there was just one take.”

Many have noted that if Brando penetrated Schneider with butter without her consent, that would be sexual assault. But neither Schneider nor Bertolucci have said that occurred. Schneider died in 2011, and Brando died in 2004.

The belief that Schneider was assaulted onscreen remains. Actress Martha Plimpton tweeted on Tuesday, in response to Edelstein’s joke: “All day I’ve avoided noting this man’s death precisely because of this moment in which a sexual assault of an actress was intentionally captured on film. And this asshole makes it into this joke. Fire him. Immediately.”

Bertolucci issued a lengthy statement after the December 2016 furor.

“I would like, for the last time, to clear up a ridiculous misunderstanding that continues to generate press reports about ‘Last Tango in Paris’ around the world,” he said. “Several years ago at the Cinematèque Francais someone asked me for details on the famous butter scene. I specified, but perhaps I was not clear, that I decided with Marlon Brando not to inform Maria that we would have used butter.”

“We wanted her spontaneous reaction to that improper use [of the butter]. That is where the misunderstanding lies,” the statement continued. “Somebody thought, and thinks, that Maria had not been informed about the violence on her. That is false!”

Bertolucci added, “Maria knew everything because she had read the script, where it was all described. The only novelty was the idea of the butter.”