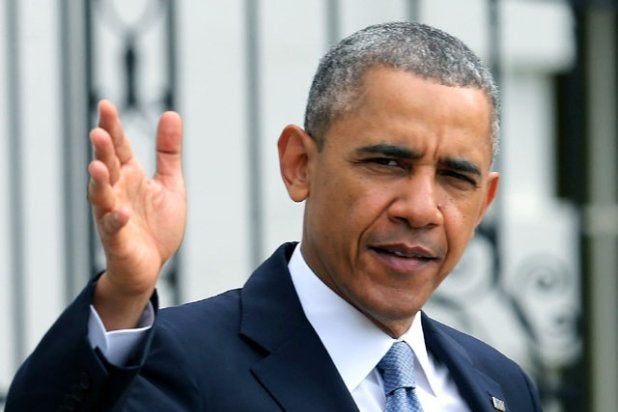 When the president comes to town, it’s exciting and it’s headache-inducing. This is especially true when it comes to traffic, as security is heightened and street closures are inevitable as the presidential motorcade moves about. So it’s no surprise that Los Angeles is being proactive in warning its citizens on the travel impact of President Barack Obama’s visit Oct. 9 and 10.

L.A. is notorious for its dense traffic already, and this visit promises to make things even more complicated. The city, in conjunction with the United States Secret Service, released a detailed listing of areas that should be avoided at key times during the president’s visit, as well as street closures and bus route cancellations.

The president is returning to Los Angeles on a fundraising tour for the mid-term elections, as well as other events. He was last in the city in June for a different fundraising luncheon.

Obama’s plane is expected to arrive at LAX Thursday afternoon, with a full itinerary of events scheduled for the remainder of the week.

These include an event Thursday evening at Gwyneth Paltrow‘s home, a Friday morning discussion fundraiser for the DNC at restaurateur Michael Chow’s home, as well as a visit to Santa Monica’s Cross Campus and the designation of a portion of the San Gabrial Mountains as a national monument at San Dimas.

Vice President Joe Biden was in L.A. earlier in the week for several events, making it an exciting week for political enthusiasts, and as a frustrating one for commuters.

Below is the announcement from the City of Los Angeles with closures and recommended areas of the city to avoid during the president’s visit.

Los Angeles: In an effort to assist the public in avoiding possible traffic congestion during the visit of the President of the United States, October 9 & 10, 2014, the following areas of the City should be avoided when possible to prevent travel delays for community members: