Moses Ingram has joined the cast of the Apple Original limited series “Lady in the Lake” from creator and director Alma Har’el (“Honey Boy”) opposite Academy Award-winner Natalie Portman. The “Obi-Wan Kenobi” star will be replacing Lupita Nyong’o, who previously departed the project.

The show — executive produced by Portman and Har’el — is an adaptation of Laura Lippman’s New York Times bestselling novel of the same name. Set in 1960s Baltimore, it follows housewife and mother Maddie Schwartz (Portman), who is pushed to reinvent her life as an investigative journalist following an unsolved murder. She then crosses paths with Cleo Sherwood (Ingram), a dedicated mother who is juggling several jobs, along with a commitment to advancing Baltimore’s Black community. 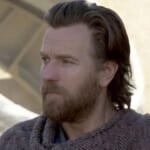 Ingram first broke out in Netflix’s smash hit “The Queen’s Gambit,” which garnered her an Emmy nomination for her scene-stealing supporting character Jolene. She is currently starring opposite Ewan McGregor and Hayden Christensen in Disney+’s Star Wars series “Obi-Wan Kenobi.” Her feature credits include “The Tragedy of Macbeth,” opposite Denzel Washington and Frances McDormand, and Michael Bay’s “Ambulance.”

Ingram is replacing Oscar winner Nyong’o, who dropped out of “The Lady in the Lake” last month. No further details were given. 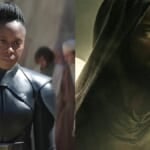