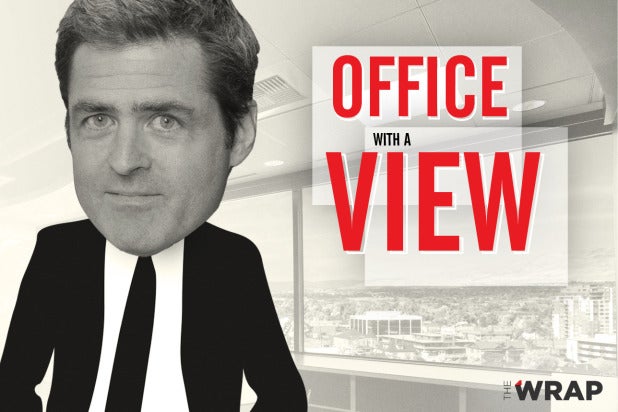 The Oscars isn’t the only big awards show wrapping up the 2014 awards season this weekend.

On the eve of the 30th anniversary of the Spirit Awards on Saturday, Film Independent President Josh Welsh is in the midst of last-minute preparations for the Santa Monica ceremony.

“A day-to-day right now is a million tiny details all coming together,” he told TheWrap in a wide-ranging interview. “A lot of last-minute phone calls, constantly checking in with the production team and with table seating and all the logistics of putting on the show.”

Welsh also talked in depth about the glaring lack of diversity in this year’s Oscar nominations, the increasing overlap between Spirit Awards and Oscar nominations and winners and what he envisions himself doing next.

We’re just a couple days away from the big show. What’s a day-to-day for you right now?
A day-to-day right now is a million tiny details all coming together. A lot of last-minute phone calls, constantly checking in with the production team and with table seating and all the logistics of putting on the show.

But we have a fantastic production team and show producer, so things are going really, really well. I could not be more excited.

Do you have a dream host for the show?
This year with Fred Armisen and Kristen Bell, this is the first time we’ve had co-hosts, so they are my dream hosts. They’ve both been at the show in the past as presenters, frequent presences at the Spirit Awards, but never as hosts. I don’t know why we’ve never had co-hosts before, it surprised me when I was looking back at the history of the show, but I could not be more excited to have them on board.

When I look back at past years, we’ve had so many good people. I think one of my all-time favorites was Sarah Silverman. I thought Andy Samberg was fantastic. But perhaps the one I most remember who’s most identified with the show is John Waters. I think that sort of tone, that irreverent tone, but also the deep love of movies and the independent spirit is what he brought.

What do you think about the Spirit Awards and the Oscars increasingly overlapping in terms of nominees and winners?
It’s a great question and it’s definitely one I think about, because I do look at the other shows and see what the other organizations are nominating. Here’s what I would say about it: To the extent that there is overlap, I think it’s a great thing. I completely embrace it. At Film Independent, at the Spirit Awards, our mission is to help build the audience for independent film. When other organizations are recognizing independent film, I think that’s beautiful. These films need the attention. Even the most high-profile films that we nominate that show up at other awards shows, that get attention in the press, those films are incredibly hard to get made. We know “Boyhood” took 12 years to get made. “Selma,” David Oyelowo was attached to star in it since 2007. These films are really labors of love that take an incredible level of talent and tenaciousness to get made.

The other thing I would say is I think there’s sometimes an exaggeration of the level of alignment between the two shows. I think what we’re most known for celebrating is the discoveries, the new talents. Among our categories are Best First Feature, Best Screenplay and the John Cassavetes award. If you look at those categories, it’s a ton of great films that have not gotten the recognition that I would love to see them get at some of the bigger shows. Films like “Dear White People” for Best First Feature, there’s “A Girl Walks Home Alone at Night,” there’s “Obvious Child.” In the Cassavetes category, we’re celebrating films that were made for under $500,000. Those films are not yet getting recognized from other shows. Yes there is overlap, but we try to be inclusive, we welcome all the independent films whether they were made for one dollar or $20 million, which is sort of our unofficial budget cap. So whether it’s “Birdman” or “Boyhood” or “Land Ho,” another of our Cassavetes films, we really want to shine a light on all of them.

One place where there was definitely a difference between the Spirit Awards and Oscar nominations is that there is a lot more diversity in the Spirit Awards categories. What do you think happened with the Oscars there?
The lack of diversity in the film industry is an industry-wide problem, a deep cultural problem and it’s not the problem of just one awards show. The entire industry has to grapple with that.

The awards come at the end of the filmmaking process. The real problems with diversity come much earlier in that process. It comes with determining who gets their story told, who gets their film financed, which films get a real P&A commitment from the distributors, that’s where the decisions need to be made to make the industry more inclusive. Then I think the awards will follow suit.

I think the diversity issue does come up during awards season, because it’s so glaringly obvious there, but really, the problems with diversity are happening at a much deeper level in the industry.

The other thing I would add is at Film Independent, promoting diversity in the industry is part of our year-round mission. We are addressing diversity, and we need to do more there. We’ve been doing it for 30 years, but we obviously need to do a better job at it and double-down on our efforts there. For 20 years, we’ve run a diversity mentorship program called Project Involve, where we take 30 filmmakers a year from underrepresented backgrounds and really give them substantial support and mentorship. Justin Simien, who directed “Dear White People,” came out of that program.

The Spirit Awards are a culmination of what we do all year long, so the fact is we’re committed to diversity all year long, and it shows up in all of our programs.

What is the makeup of Film Independent? Is it mostly filmmakers or are there a lot of people who just pay annual dues?
Our membership is made up of, I think, an even mix of filmmakers and film lovers. Our membership has grown really substantially in the past two years — I think 30 percent. There’s more and more people wanting to make independent film, so they’re coming to us for support and for community, guidance and mentorship. And we’re also seeing an increase in people who identify as film lovers. There is a great audience out there for independent film, and we see it in people wanting to join the organization. I think getting to vote in the Spirit Awards is a key thing for them. In the past few years we’ve also seen an increasing number of people who don’t live in Southern California joining the organization.

Also Read: ‘What’s the Deal?’ With Betting on the Oscars: 12 Dark Horses That Could Win You Money (Video)

You succeeded Dawn Hudson, who went on to become CEO of the Academy. What’s your dream next job?
[Laughing] If I can get through this Saturday I’ll be happy!

Listen, I’m new in this role; I’ve been doing it for about two years. I completely love it. I hope to be here for a long time and really build on what Dawn created. It’s a really exciting organization, I couldn’t be happier to be here.

If I had another life to live, I would be a musician. I have a band on the side, and I have absolutely no time for it, so I would be out playing guitar in a bar.