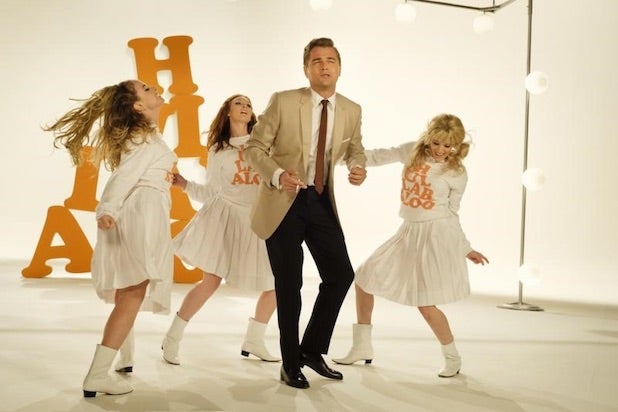 Once Upon a Time in Hollywood / Sony Pictures

The music supervisors from “Once Upon a Time … in Hollywood,” “Queen & Slim,” “Waves” and “The Last Black Man in San Francisco” and singer-songwriter Regina Spektor have won the top film awards from the Guild of Music Supervisors, which handed out its annual awards in Los Angeles on Thursday night.

The award for a song written for film went to Spektor’s “One Little Soldier” from “Bombshell.” The song category is the only GMS category that overlaps with the Academy Awards, but only one of the five nominees, “Into the Unknown” from “Frozen II,” was also nominated for an Oscar. (“One Little Soldier” was ineligible for the Oscar, reportedly because of a submission error.)

“Something Stupid” from “Better Call Saul” won the award for a song written for television, while other TV awards went to “The Marvelous Mrs. Maisel,” “Euphoria,” “Songland,” “The Dirt” and “Native Son.”

The ceremony took place at the Wiltern Theater in Los Angeles. Performers included Regina Spektor and Lola Marsh, while Kristin Chenoweth and Michael Bolton were among the presenters.