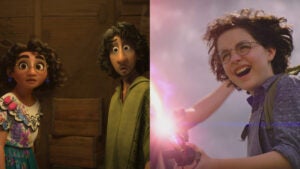 The popularity of sports betting could pave the way for more media consolidation as fans crave more betting apps and sports-related content to help them place their bets.

There has already been an increase in activities in this market recently. Last March, top sportsbook DraftKings purchased sports news and broadcasting company Vegas Stats Information Network. Two months later, the Danish sports betting media group Better Collective paid $240 million for The Action Network, which includes the Mark Cuban-backed FantasyLabs, Sports Insights and SportsAction. And DraftKings and FanDuel have both placed bids for the five-year-old site The Athletic, which is currently seeking a buyer at a valuation of more than $750 million. (This came after acquisition talks with The New York Times and Axios fell through in June after disagreements about the price.)

“Businesses in content … have a pre-existing base of sports fans as well as a proven track record of delivering exceptional content,” Harry von Behr, managing director at British sportsbook services company Spotlight Sports Group, told TheWrap. “This combination is pure gold to sportsbooks as it has been proven that quality content drives more bets from sports fans across the board.” 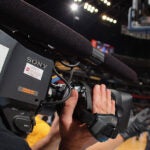 Dave Torres, owner of Prime Sports Consulting, said that sites like The Athletic that have built an audience of sports fans are an obvious target for sports betting sites. “It is the prime audience they are looking for to expand their customer base and a place where they can promote their sports betting sites and have the highest probability of the highest conversion rates,” Torres said. “Bottom line, they will use it to convert the more than 1.2 million subscribers into sports betting users in the hopes that these new users will continuously bet on sporting events and more times than not, lose their bets — bringing in more profit for the company.”

Some sports outlets have taken to starting their own sportsbooks. Sports Illustrated, for example, this year partnered with betting company 888 to create the Sports Illustrated Sportsbook, first launching in Colorado with other states to follow. Fox also got into the betting game when it launched Fox Bet in partnership with The Stars Group, while Disney-owned ESPN is exploring licensing its brand to major sports betting companies for at least $3 billion over several years. Caesars Entertainment and DraftKings were reportedly part of those talks.

Sportsbook apps are already surpassing daily fantasy sports apps in terms of adoption, according to intelligence firm Sensor Tower. The top five apps together saw downloads more than double year-over-year in Q3, combining for a 177% year-over-year growth that quarter. The Google Play app store started to allow gambling apps in the U.S this March.

“In the U.S., where online sports betting is still in its infancy, the brand visibility of DraftKings and FanDuel, as well as multiple physical sportsbooks moving online, has created a different competitive environment,” Dennis Yeh, insights analyst at Sensor Tower, said. “This dynamic, in addition to state-by-state legalization, will likely allow for greater competition and for the services to have different regional priorities.”

So far, 24 states have legalized sports betting, opening up the betting market to some 111 million Americans, according to the American Gaming Association. In addition, some states have proposed legislation to legalize sports betting, varying from limited online betting to in-person only. New Jersey, one of the biggest markets, in September became the first state to hit $1 billion in monthly sporting bets. Nevada, Pennsylvania, Illinois and Indiana are some of the other top states by highest amounts wagered. More states could rise to these ranks after the Supreme Court overturned a law that banned betting on sports in all 50 states, effectively legalizing sports gambling back in 2018.

“A major factor triggering increased interest in sports media is the rise of legalized online sports betting,” media expert Jack Myers said. “The category is the fastest growing advertising category. … There is a fast growing market for news and feature coverage.”

Fantasy sports and aggregated content through outlets such as NFL RedZone are adding to the demand. Even fringe sports, from lacrosse to darts, are gaining more traction, Myers added. This year’s online betting spike was also driven largely by the start of the NFL season in September when sportsbook apps saw their best month in monthly downloads in the U.S., according to Sensor Tower. 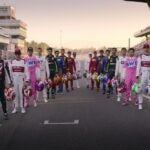 Also Read:
How Netflix’s Formula 1 Docuseries ‘Drive to Survive’ Has Revved Up the European Racing League’s US Fan Base

Based on the American Gaming Association’s research in September, a record 45.2 million Americans will place a bet on the NFL season, up from 36% since the 2020 season. Some 19.5 million said they will place a bet online, up 73% from 2020.

The top five apps by downloads in H1 included FanDuel, DraftKings, BetMGM, Barstool and Caesars, according to Sensor Tower data. In first place, FanDuel merged in 2018 with Irish bookmaker Paddy Power Betfair, now operating as Flutter Entertainment with a host of brands including Fox Bet, Betfair and Sky Bet. In 2016, FanDuel and its main competitor DraftKings announced plans to merge — a deal that was scrapped the following year after the Federal Trade Commission blocked it. The two companies together would have controlled 90% of the market for daily fantasy sports.

The space will only get more competitive as companies focus on turning sports fans into sports bettors — particularly by way of their content. The mergers and acquisitions are not dying down, von Behr noted, and we may see more sports outlets in the mix for sportsbooks down the line.

“By and large, being public companies they are being judged by market share and by the audience size,” von Behr said. “As we look into next year, there will still be that demand. The challenge is the supply of quality assets that people will acquire. If a number of larger and more successful affiliates have been already acquired, it will create a premium for those still available.” 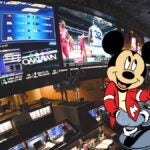 Also Read:
Is ESPN Gambling Away the Disney Brand on Sports Betting?