Break out some Gut Milk for a congratulatory cheers: Steve Martin, Martin Short and Selena Gomez’s “Only Murders in the Building” has been renewed for Season 2 at Hulu, the streaming service said Tuesday.

Executive produced by Steve Martin, John Hoffman and “This Is Us” creator Dan Fogelman, comedic murder-mystery series “Only Murders in the Building” follows three strangers — Charles (Steve Martin), Oliver (Martin Short) and Mabel (Selena Gomez) who share an obsession with true crime and suddenly find themselves wrapped up in one, per Hulu’s official description.

“When a grisly death occurs inside their exclusive Upper West Side apartment building, the trio suspects murder and employs their precise knowledge of true crime to investigate the truth. As they record a podcast of their own to document the case, the three unravel the complex secrets of the building which stretch back years. Perhaps even more explosive are the lies they tell one another. Soon, the endangered trio comes to realize a killer might be living amongst them as they race to decipher the mounting clues before it’s too late.” 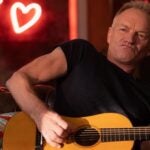 News of Season 2 comes just as “Only Murders” dropped a new episode today, an installment that sees Mabel slip away on a solo mission tracking Tim Kono’s final days, while the suspicious Charles and Oliver follow her.

“Only Murders in the Building” was co-created by Steve Martin and John Hoffman (“Grace & Frankie,” “Looking”). Martin and Hoffman executive produce along with Short, Gomez, Jamie Babbitt, Fogelman and Jess Rosenthal. The show hails from 20th Television.

“Everyone in our amazing ‘Building’ worked with such love and expertise through extraordinary times — and with incredible support from Disney, Hulu and 20th TV — to create a first season that might live up to our legendary cast, our beloved New York City, and to make a show about connection,” Hoffman said in a statement. “To feel we’ve connected with our audience and hit the mark enough already to have the chance to continue — and to carry on our show’s wild ride of mystery-comedy-empathy — is too exciting for words. So I’ll shut up now — and just say a huge thanks to all and I can’t wait for more!”

Karey Burke, president of 20th Television, added: “There has been something about this project that felt almost fated from the start; from Dan’s first lunch with Steve in which Steve happened to mention he had an idea for a series, to John jumping aboard to co-create it, to Steve’s agreeing to star but only if Marty joined him, to the inspired addition of Selena. The comedy this team delivered has been the obsession of every executive at this studio, and our friends at Hulu have treated it like the crown jewel that it is. And now, thanks to the incredible audience response, we are so happy to say there will be more murders in the building — which is great news for everyone, except perhaps the residents of the Arconia.”

Also Read:
‘Only Murders in the Building’ Is the Most-Watched Comedy Premiere in Hulu History (Exclusive)
x