A version of this story on Kate Beckinsale first appeared in the “Dark Horses We Love” feature in The Oscar Race Begins issue of TheWrap’s Magazine.

Several years ago, Kate Beckinsale got what she refers to as “a really odd phone call” from her agency saying that director Whit Stillman wanted her for a movie about Martians. It didn’t happen, but Beckinsale and Stillman did team up for “Love & Friendship,” their first movie since “The Last Days of Disco” in 1998.

The dark comedy set in 18th-century England is based on Jane Austen’s novella “Lady Susan,” which was unpublished in the author’s lifetime; it gives Beckinsale a chance to seize the deliciously devious role of a world-class schemer, a woman who’ll go to any lengths to secure a suitable husband for herself and her daughter.

“I thought she was kind of marvelous from the get-go,” said Beckinsale of the character. “She’s extraordinarily flawed, but she was single-mindedly going for her own happiness in that period — it’s not like a woman in the 21st century who is being a bitch for no reason.

“This is somebody who is completely hamstrung by the period she’s in. It’s almost a fantasy about what it would be like if someone blew off social convention and wasn’t punished for it.”

But whatever insights the actress gained into her character, they certainly didn’t come from conversations with Stillman. “He would pass out if you tried to have a deep psychological discussion about where your character is coming from,” said Beckinsale, laughing. “He hates rehearsals, and will grudgingly do a table read, which he suffers through dreadfully.” 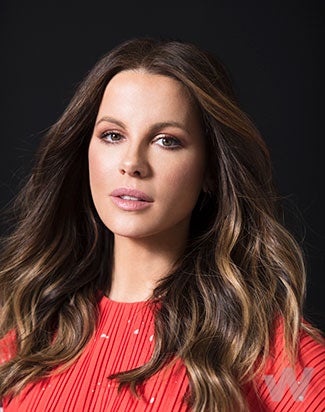 And on the set? “You’ll have an incredibly long speech, and when you get to the end of the take he’ll look really perplexed,” she said. “You think, ‘What did he think?’ And then he’ll wander over to somebody pretending to be a gardener in the deep background, and adjust what they’re doing. He’s perfectly happy with what you’re doing, but he’s concerned with some guy in the background that most people would never see.

“Working with him for the second time was fun, because I came in knowing that would happen.”

“Love & Friendship” also gives Beckinsale another step in a career that has swung from “Much Ado About Nothing” and “Cold Comfort Farm” to “Van Helsing” and the five “Underworld” films — small quiet movies, and big noisy movies.

“On paper, it can look like a rather schizophrenic career,” she admitted. “When I started out in England, we were making mainly literary adaptations of period stories, and when I came to America they said, ‘She’s very fragile and English, we don’t see her as having an edge.’

“Then came the Underworld movies, and I said, ‘This is what I should do because I’m not right for it at all.’

“And then I found people saying, ‘Oh, she’s just tough and scary,’ and I thought, ‘How did the pendulum swing so quickly?’ What I’ve actually gotten to do is straddle the two extremes of what I do, which is quite fun.”

And what about that Whit Stillman Martian movie? “We should definitely do it next,” she said, laughing.

Read more about Dark Horses We Love in the Oscar Race Begins Issue of TheWrap Magazine.