Early Wednesday morning, the following message was posted to about 40,000 followers on Twitter:

"shot funny stuff of seachrest and underwood, went to rob Thomas and one republic concert (amazing) and, oh yea: I’m producing the oscars." 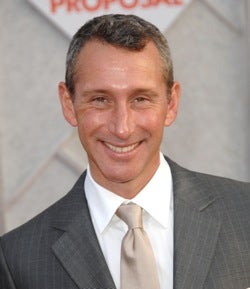 With that line, Adam Shankman almost certainly became the first Oscar producer to tweet while working on the show.

The Academy has entered a brave new age courtesy of @adammshankman, who describes himself in his Twitter bio as "director, choreographer, producer, all around immature guy."

But will somebody please promise me that "shot funny stuff of seachrest and underwood," by which I assume he’s referring to Ryan Seacrest and Carrie Underwood, has NOTHING to do with the Academy Awards?

Now let’s see him announce the host that way.