Well, the Academy has its headline now: It’s “Avatar: The Way of Water” vs. “Top Gun: Maverick” at the Oscars! The two top-grossing movies of the year going head-to-head for the most prestigious prize in cinema! Box-office king and Oscar champ James Cameron vs. Tom Cruise and Jerry Bruckheimer, neither of whom have ever been nominated for Best Picture before!

The Academy Award nominations for the best films of 2022 mark the first time ever that two of the Best Picture nominees have brought in more than $1 billion at the box office, and that after a year in which only one nominee had even topped $100 million. So if the Academy hopes to boost ratings with a showdown between movies that people have actually seen, they’ve got one.

But that’s just one facet of these nominations — and to be honest, the chances that the 95th Academy Awards’ Best Picture race will come down to those two films are remote at best. (“Top Gun: Maverick” has a shot at winning, “Avatar” probably doesn’t.) 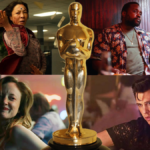 For other Oscars intrigue, though, you could also look at the top three films in total nominations. Atop the leaderboard with 11 nominations is “Everything Everywhere All at Once,” a chaotic and deliberately cartoonish multi-cultural romp totally unlike the kind of movie that would ever have been taken seriously in the past by the Oscars’ famously conservative voters.

Right behind it is “All Quiet on the Western Front,” a German-language film based on the same novel that already produced the 1930 Oscar Best Picture winner of the same name, and “The Banshees of Inisherin,” an Irish black comedy that can break your heart even as it hinges on seriously disturbing acts of self-mutilation.

All three movies are extreme in their own way, and indicative of a somewhat chaotic slate of Oscar nominees that managed to be both predictable (most of the time) and shocking (on occasion).

When you consider the Best Actress nomination for Andrea Riseborough, one of the most surprising last-minute surges in Oscar history … and the fact that Paul Mescal edged out the Toms Cruise and Hanks to land a Best Actor nomination for an artful indie, “Aftersun,” that didn’t receive any other nominations … and the Best Picture lineup that is prone to extravagance (“Elvis!”) but also found room for the minimalism of “Women Talking” — well, even if the Academy  doesn’t end up embracing “Everything Everywhere All at Once,” the movie, on Oscar night, it does seem to be embracing everything everywhere all at once, the concept. 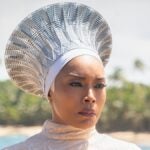 This is an increasingly international body of voters, and once again they showed that by including non-American films in prominent spots — not just the nine noms for “All Quiet,” but the Best Picture and Best Director and Best Original Screenplay nods for Swedish director Ruben Östlund’s “Triangle of Sadness,” a class satire that includes an extended scene based around of projectile vomiting and other bodily fluids.

When the season began at the fall festivals, you wouldn’t have predicted that Netflix’s only Best Picture nomination would come for a German-language war movie over “Glass Onion: A Knives Out Mystery” or “White Noise” or even “Guillermo del Toro’s Pinocchio.” You wouldn’t have figured that “Everything Everywhere” would handily top Steven Spielberg’s “The Fabelmans” (which, by the way, did everything it needed to do to remain a serious Best Picture contender) in nominations for almost every awards show. And you certainly wouldn’t have seen Riseborough coming for a South by Southwest movie with a total box-office gross of $27,000 and no money for a campaign.

To me, it seemed utterly clear that not enough people had seen “To Leslie” for Riseborough to land a Best Actress nomination over two powerful performances by Black actresses, Danielle Deadwyler for “Till” or Viola Davis for “The Woman King.” But the ranked-choice voting system used by the Academy prioritizes passion over consensus in the nomination round, so a last-minute publicity campaign clearly got enough people to watch the link and put her at the top of their ballots. 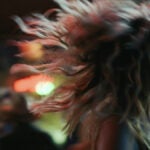 Elsewhere, surprises included “Top Gun: Maverick” making it into the Best Adapted Screenplay category but missing out in cinematography, where it had been considered something of a favorite; “A House Made of Splinters” becoming the fifth documentary-feature nominee over “Bad Axe,” “Last Flight Home” or “Moonage Daydream”; and “Guillermo del Toro’s Pinocchio” missing in both music categories.

And speaking of music — yep, Diane Warren got nominated for the 14th time for a song from a movie, “Tell It Like a Woman,” that was no doubt seen by fewer voters than “To Leslie.” But why not? In the multiverse that Oscar voters constructed this year, there’s gotta be room for Diane Warren. 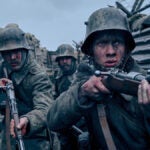 Also Read:
The 11 Biggest Oscar Snubs and Surprises: From ‘The Woman King’ to Andrea Riseborough