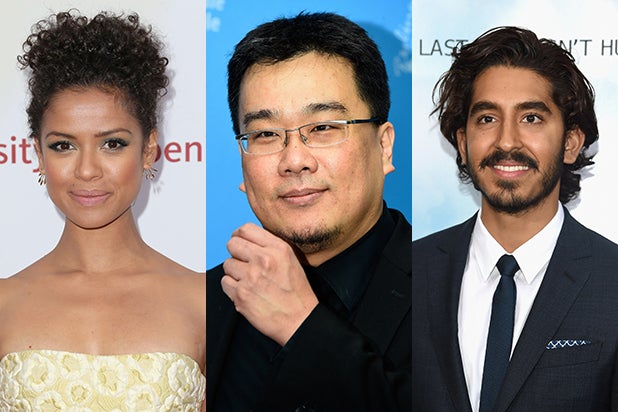 With continued scrutiny of its overwhelmingly white, male membership, the organization that votes on the Academy Awards admitted less than a third non-white or female members this year, according to a count by TheWrap.

Women made up 25 percent of the 322 new members this year, consistent with last year’s percentage, a Wrap tally found. The list includes fewer than 20 new African-American members, with roughly 14 Asian and Pacific Islander members. Only a handful came from Latin America.

When queried, the Academy said they had not tallied the number of women and minorities invited and declined to comment for this story. A record 322 invitations were sent across Academy branches including those representing actors, directors, writers, cinematographers and industry executives.

The Academy was found to  be 94 percent white and 77 percent male, after an audit by the Los Angeles Times in 2012.

This year’s new women members include:

“This year, our branches have recognized a more diverse and inclusive list of filmmakers and artists than ever before, and we look forward to adding their creativity, ideas and experience to our organization,” Academy president Cheryl Boone Isaacs said in a statement.

While this year’s roster could well include more diverse additions than ever before, that’s largely because it also includes more people overall. TheWrap’s count of African-American members found fewer than 20, including actor Kevin Hart, “Dope” writer-director Kevin Famuyiwa (who was invited to join the Writers Branch but not the Directors Branch) and Oscar-winning songwriters John Legend and Common, who were invited under their real names, John Stephens and Lonnie Lynn.

Actors David Oyelowo and Gugu Mbatha-Raw, both Brits of African descent, were also invited to join.

TheWrap’s survey of the list of invitees suggested that about 60 are foreign-born, with British film professionals making up by far the largest part of that group with about 20. The rest come from around the globe, with roughly 14 Asian filmmakers but only a handful from Latin America.

In recent years, Hollywood has seen an industry-wide call to increase diversity hires behind the camera. Notable 2015 invitations below-the-line this year include:

Applications for Academy membership must be submitted by March, with each candidate sponsored by at least two current members of his or her prospective branch. Each branch sets its own requirements for membership, ranging from a certain number of screen credits to a number of years of continuous work in the field.