As Hollywood buckles up for four months of Oscar season on the road to Feb. 26, the civil rights love story “Loving” held it’s L.A. premiere at the Academy of Motion Pictures Arts and Sciences in Beverly Hills on Thursday night.

On Thursday, as the sprawling team of filmmakers and cast took the Academy stage, flanked as always by two giant Oscars, the atmosphere of awards season hung over the industry-heavy event. 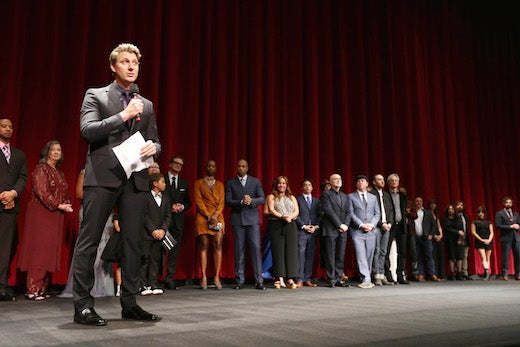 Also Read: Academy's 650-Plus New Members Are 'A Pain in the Rear End' for Oscar Campaigners

“This is it now. It’s all awards positioning,” film and talent publicist Monique Moss (who is not affiliated with the film) told TheWrap, offering a verbal mile marker inside the theatre. “Tonight’s the night it starts.”

Having already premiered at Cannes in May, screened as a hot ticket at the Toronto Film Festival in September, and worked through October’s regional film festival circuit and a West Hollywood cocktail party earlier this week, director Jeff Nichols is not cloistered from the awards buzz.

“I’m aware of it,” he told TheWrap on the red carpet. “I’ve made five films, four of which haven’t been in this conversation. I think it’s very important to how far the movie goes. I’m not naive in that regard.” 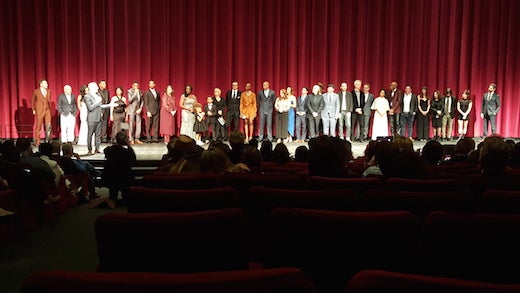 In the run up to the Nov. 4 theatrical release, Nichols also reiterated the message of the movie.

“Richard and Mildred’s story is important. I can say that,” he said. “The more lists we get on, the more conversations we’re in, the more chance people have to go out and see this movie and hopefully take this story out in to the world a little bit more.”

Taking the chance to go out and see the movie early, TheWrap spotted fellow awards contender Tom Ford (director of “Nocturnal Animals”), Chris Noth and “Hacksaw Ridge” producer David Permut on scene. (The Mel Gibson-directed “Hacksaw Ridge” has a screening at the Academy this Monday, Oct. 24.) 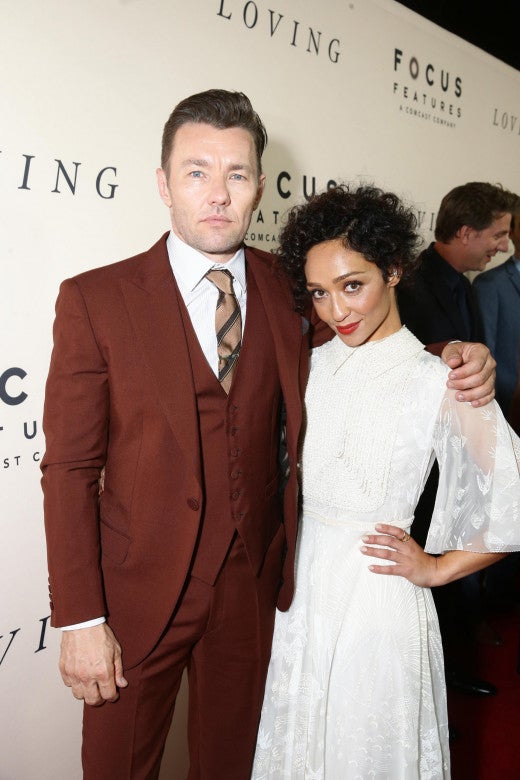 “Loving” is the real-life story of the human side of interracial couple, Richard and Mildred Loving. As a black woman and white man from Virginia who married in 1958, the state criminally prosecuted them under anti-miscegenation laws. They spent the next nine years fighting for the right to be a family.

Their fight made its way to the Supreme Court in 1967. With its victory, the landmark case established marriage as a constitutionally protected fundamental right, a central precedent to subsequent “fundamental rights” cases before the Supreme Court like 2015’s gay marriage ruling, and became part of Constitutional DNA, appearing in every “ConLaw” case book at law schools across the country.

Nichols’ two hour film is not the triumphant procedural of pushing the metaphorical boulder of civil rights litigation to the mountain top of the Supreme Court. Instead, it’s the story of two quiet and humble people who just wanted to be left alone, immunized from the crime of marriage, and “not bother anybody,” as Negga’s character Mildred states.

“I was married to a white man. I have biracial kids,” Beauvais (who for purposes of clarity, is black) continued. “It’s really amazing that if that time didn’t happen I would not be able to have the life that I have. ”

Beauvais, who is slated to appear in “Spider-Man: Homecoming” next year, came prepared for the emotional moments in the film.

“I think I’m going to be crying. I have tissues in here,” she admitted, referencing her purse. 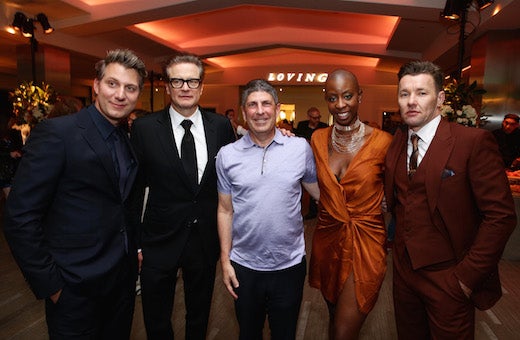 There were no tissues at the after party in the Academy lobby, but there were projections of iconic Life magazine photography of the real Richard and Mildred Loving. NBCU Film Chairman Jeff Shell hung with Focus’ Peter Kujawski and the producers as Focus exec Sam Hanson, “Birth of a Nation’s”Jason Stuart and other guests grazed the cocktails and carving stations.

“This is my family,” Nichols had said earlier, surveying his colleagues on stage. “We worked for many many months at making this film. It floors me to see everybody.”