Eight different awards at this year’s Oscars will be presented in the hour ahead of the live Academy Awards telecast, according to a letter sent to Academy members by AMPAS president David Rubin.

However, all 23 awards will still be featured during the live telecast, with the goal being to “seamlessly” fold the other awards presented earlier in the Dolby Theatre into the show.

Rubin said in his letter that no awards are being pulled from the show itself, are being pre-taped or are being presented during the pre-show of the Oscars, despite premature speculation by some. He added that the decision was made in conjunction with this year’s show producers and Academy leadership with oversight of the Oscars.

“After carefully listening to feedback and suggestions from our film community, our network partner and all those who love the Oscars, it was evident we needed to make some decisions about the broadcast that are in the best interest of the future of our show and our organization,” Rubin wrote. With ratings for the Oscar telecast in steady decline even before last year’s steep drop because of the COVID pandemic, ABC, which airs the Oscars telecast, is known to have been pushing for a shorter, more entertaining show for years.

The affected categories are: Documentary (Short Subject), Film Editing, Makeup and Hairstyling, Music (Original Score), Production Design, Short Film (Animated), Short Film (Live Action), and Sound. All other categories will be presented live, and the Academy is saying that the show will be a tight three hours. 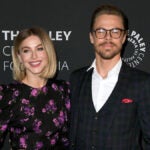 Rubin’s note stresses that everyone will still get their celebratory “Oscar moment” and that nothing for the at-home audience will change in terms of the show’s flow, other than the hope that it will “become tighter and more electric with this new cadence.” All nominees and all winners’ acceptance speeches will still be presented on air.

“When deciding how to produce the Oscars, we recognize it’s a live event television show and we must prioritize the television audience to increase viewer engagement and keep the show vital, kinetic, and relevant,” Rubin wrote in part in his note. “This has been an important focus of discussion for quite some time. We do this while also remembering the importance of having our nominees relish a once-in-a-lifetime experience.”

The new plan is slightly reminiscent of the system that the British Academy of Film and Television Arts (BAFTA) has used for years with its EE British Academy Film Awards, the U.K.’s version of the Oscars. That show’s BBC broadcast begins an hour after the show has actually started, with real-time editing used to shorten the presentation for the TV audience.

In 2018, the Academy announced plans to present some awards during commercial breaks and then drop the edited presentations into the broadcast. That plan was met with swift backlash that caused the Academy to backtrack.

However, ratings for the Oscars hit the lowest ever mark in 2021. The Academy has already made several attempts to boost ratings this year, including bringing back hosts to the show, with Regina Hall, Amy Schumer and Wanda Sykes splitting hosting duties this year. It has even introduced a fan poll and sweepstakes that offers three winners the chance to serve as guest presenters on next year’s show.

“We realize these kinds of changes can prompt concern about equity, and we ask you to understand our goal has been to find a balance in which nominees, winners, members, and viewing audience all have a rewarding show experience. Moving forward we will assess this change and will continue to look for additional ways to make our show more entertaining and more thrilling for all involved, inside the Dolby Theatre and watching from home,” Rubin’s note concludes.

“Every Academy branch and award category is indispensable to the success of a film and vital to this industry. Both our challenge and our goal is to create an exciting, streamlined Oscars show without sacrificing the long-held fundamentals of our organization. We appreciate your understanding and will be grateful for your unwavering support.”