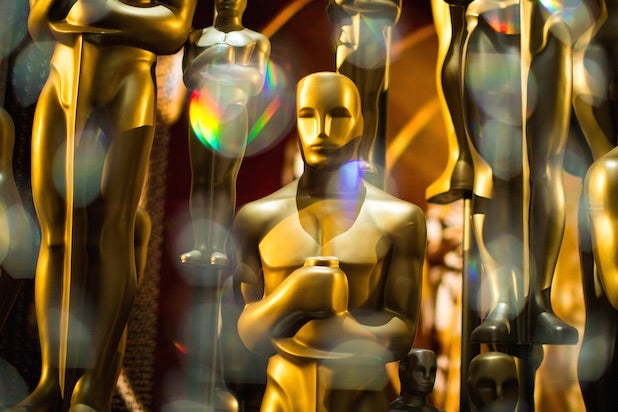 While one committee was deciding that Kobe Bryant shouldn’t be invited to join the Academy of Motion Picture Arts and Sciences four months after he won an Oscar for the short film “Dear Basketball,” other AMPAS committees have been trying to determine just how generous they ought to be in finding prospective new members.

And in many cases, they have been faced with a tricky decision: Stick to the written guidelines or use the nebulous escape clauses built into Academy rules to invite people who might not otherwise qualify?

Such are the pitfalls at a time when the Academy is trying hard to become less overwhelmingly white and male, by inviting hundreds of increasingly diverse new members to join the organization.

“The new attitude seems to be, ‘Let everybody f—ing in,'” said one member of a branch membership committee on Wednesday. The comment came around the same time that the Cartoon Brew website broke the news that a committee had decided not to approve the Short Films and Feature Animation Branch’s recommendation that Bryant be invited to join, on the grounds that he had not shown evidence of “a larger career” in showbiz beyond “Dear Basketball.”

As committees in the 17 Academy branches came up with lists of prospective new members over the past two months, though, members who participated in the decisions told TheWrap that the focus has been on finding lots of new members, whether or not they strictly meet the written requirements.

Each branch has its own requirements for membership. Actors, for instance, must have a minimum of three film credits in scripted theatrical films, one of which has been released in the past five years. But each branch’s rules also contain caveats that allow invitations to be extended to Oscar nominees and to those who have “achieved unique distinction, earned special merit or made an outstanding contribution.”

That last clause is being invoked more and more often, said the committee members, some of whom expect that this year’s class will be as large as the record-breaking 2016 and 2017 classes.

The AMPAS Board of Governors will meet on Saturday to go over the branch lists, most of which are typically approved without alteration. It’ll be a lengthy task (made easier, perhaps, by the rare step of moving the meeting from its usual Tuesday night to a weekend), and one that raises a few burning questions:

And what will this mean to the diversity goals that were set by the Academy at the height of the #OscarsSoWhite protests in 2016, when then-president Cheryl Boone Isaacs pledged to double the number of women and non-white members by 2020?

On the surface, it seems unlikely that the Academy, which has combed the globe for prospective Oscar voters for the last two years, can find another class as large as the last two. But we thought that would be the case last year, that they surely couldn’t find another 683 qualified film professionals — and they proved us wrong by topping that number by almost 100.

And several of those who participated in the process so far this year say they expect another huge group of invitations, based on the wide net that has been cast and the willingness to invite people who in past years would not have made the cut.

(That makes the Bryant case an unusual one, and suggests that he won’t get in at least partly because of the inevitable protests that would have followed if AMPAS had admitted someone who faced sexual-assault allegations in 2003.)

When it comes to the diversity goals that Isaacs announced two and a half years ago, the Academy is way ahead of schedule on one count, but significantly behind on another.

At the time that Isaacs pledged to double the female and non-white membership, the Academy had 6,436 active members, with 6,124 of them eligible to vote for the Oscars. AMPAS figures revealed that the membership at that point was 75 percent male and 92 percent white — so if those figures are accurate, the diversity pledge required them to add about 1,609 female members and 515 non-white members.

On the latter front, the Academy has essentially achieved its goal: Again using AMPAS percentages, about 280 nonwhite members were invited in 2016, and another 232 in 2017. Depending on how many of those declined the invitation, a figure the Academy does not reveal, the organization is likely at or very close to its goal, making it a virtual certainty that it will have doubled the number of non-white members as soon as this year’s invitations go out.

To truly double the number of female members it had at the time the challenge was announced, then, the Academy would need to average more than 330 new female members for the next three years, more than they achieved even in the last two record years for new admissions.

And while the numbers are going up dramatically, the Academy is not just adding women and people of color. Given the record size of the last two classes, they are also adding lots more white men. Since the 2016 Academy already had more than 5,900 white members and 4,800 men, the diversity percentages can only increase slowly.

That’s what the branches have been up against as they looked for members of the Class of 2018, and what the board will be facing as they vote on hundreds of prospective members on Saturday.

The Academy is making progress, and making it more quickly than many of us thought they would. But it wasn’t easy in 2016 and 2017, and it’s not going to be easy in 2018.

The list of new members will be announced early next week.

From randoms to those you thought were longtime members, here are the most eyebrow-raising invites of 2017

The Motion Picture Academy made amazing strides in its goal to diversify membership -- but some of their invites this year are questionable. Read on for TheWrap's tally of oddballs, and people you would think have been members for years.