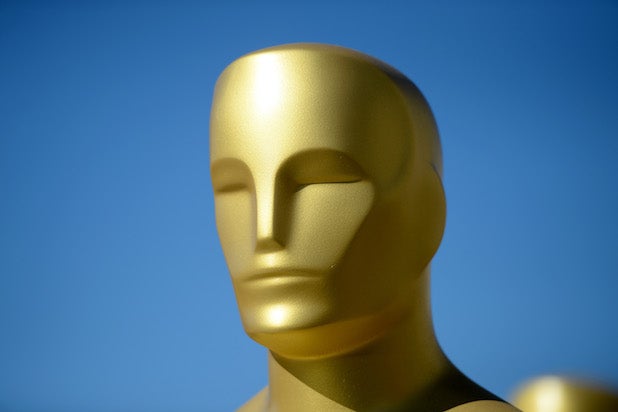 In its annual adjustment of Oscar rules, the Academy has added a first round of voting to produce a shortlist in the Best Original Song and Best Original Score categories.

Both categories will now be narrowed down to 15 films before a second round of voting by the Music Branch produces the final five nominees. That marks a dramatic change from the existing rules that have called for a single round of nomination voting.

The music categories will now align with several other categories that use shortlists, including Best Documentary Feature, Best Foreign Language Film and the short-film categories.

In other rule changes, documentary features can now qualify for the Oscars by winning an award at a qualifying film festival. In the past, all feature docs had needed a theatrical release to qualify, though short docs could qualify via film-festival awards.

Other rule changes affected submission deadlines and the number of producers eligible to receive Oscars in the doc-feature and animated-feature categories.

The new rules were recommended by the individual branches, reviewed by the Academy’s Awards and Events Committee and then approved by the Board of Governors.

The board also approved new campaign regulations for the 91st Oscars next year. The most dramatic of those confirmed earlier reports that studios will be required to send materials to Oscars voters through an “Academy-approved mailing house.”

In the past, studios have been able to send screeners, invitations and other materials directly to Academy members, but the new rule brings the process in line with the one used by the Television Academy for Emmy voting.

Additionally, the number of post-nomination screenings that include filmmaker Q&As has been trimmed to four, eliminating the two additional screenings that were allowed in the documentary and foreign-language categories.

The new rules, from the Academy press release:

In the Documentary Feature category, films that have won a qualifying award at a competitive film festival will be eligible for Academy Awards consideration regardless of any prior public exhibition or distribution by nontheatrical means. The Documentary Feature Qualifying Festival List will be available later this spring. Furthermore, the critic review eligibility requirement has been expanded to include additional New York- and Los Angeles-based publications.

To align with credits eligibility in the Best Picture category, rules in both the Animated Feature Film and Documentary Feature categories have been updated to allow for more than one producer to be designated as a nominee.

In a procedural change, members of the Visual Effects Branch Nominating Committee will now be able to stream bake-off reels from the shortlisted films or attend satellite bake-off screenings and vote online. Previously, committee members were only able to vote in person at the Academy’s Visual Effects Bake-off in Los Angeles.

Other amendments to the rules include standard date changes and other “housekeeping” adjustments.

Rules are reviewed annually by individual branch and category committees. The Awards and Events Committee then reviews all proposed changes before presenting its recommendations to the Board of Governors for approval.

Also Read: 7 Hollywood Stars to Add Inclusion Riders to Their Projects, From Michael B. Jordan to Brie Larson (Photos)

Updated campaign regulations, which specify how companies and individuals may promote to Academy members any movies and achievements eligible for the 91st Academy Awards, are also presented to the Board of Governors for approval.

For the first time, studios, distributors and filmmakers will be required to use an Academy-approved mailing house to send sanctioned awards materials for eligible films to Academy members. Each approved mailing house will be provided with an official list of Academy members who have opted-in along with their contact information to facilitate both physical and digital mailings.

Additionally, the number of post-nominations screenings with a filmmaker Q&A is now limited to a maximum of four regardless of category or country in which the event takes place. This rule eliminates the two additional screenings currently allowed for Documentary and Foreign Language Film nominees.