Oscar winners Ariana DeBose, Troy Kotsur and Billie Eilish and nominees Kodi Smit-McPhee, Jessie Buckley and Jesse Plemons are among the 397 film professionals invited to join the Academy of Motion Picture Arts and Sciences, the Academy announced on Monday. 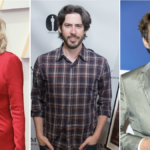 This is the second consecutive year of a purposely smaller membership class, after five years of particularly large numbers of invitations. In 2016, after the #OscarsSoWhite outcry and the revelation that the Academy was more than 75% male and 90% white, the organization vowed to double the number of women and people of color by 2020. It did so by increasing the number of new members, inviting 683 to join in 2016 (more than double the previous high of 322), and following that with 774 invitations in 2017, 928 in 2018, 842 in 2019 and 819 in 2020.

That last group put the Academy over its goal in both women and people of color. Last year, AMPAS announced that in order to better serve its members. it was changing its new-member policy and cutting the number of invitations to “roughly half that of recent years.” The 395 that were invited in 2021 was still the largest group on record apart from the five-year diversity push, and that figure was narrowly topped this year.

The Academy has been announcing its new-member invitations since 2004. For the first five years, the number of invites stayed between 105 and 127; then they bumped up into the 130s for two years, before two years in the 170s and three years between 271 and 322. 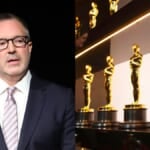 The Academy does not announce which prospective members accept the invitation and which choose not to join, but the acceptance level is thought to be very high.

For the Oscars that took place in March, 9,487 Academy members were eligible to vote, out of a total of 10,487 voting and nonvoting members.