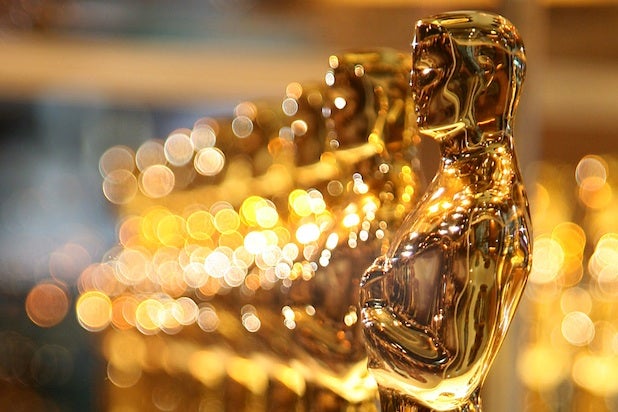 Could this be the year with the fewest Oscars Best Picture nominations since the Academy went to a variable number of nominees in 2011?

With a system designed to create anywhere between five and 10 nominees, there’s no way to tell until Academy members vote and the ballots are tallied.

But TheWrap’s annual Oscars-style recount of the Critics’ Choice Awards ballots came up with an intriguing result this year: If the Academy’s preferential-style counting had been used on the Critics’ Choice best-picture ballots, it only would have produced seven nominees.

That’s fewer than the Oscars system has ever produced in the up-to-10 era, and fewer than we’ve ever come up with in six years of supervising an Oscar-style recount of the Critics’ Choice ballots.

While the Critics’ Choice Awards are one of the more accurate Oscar predictors, the recounts that we’ve undertaken since 2011 seldom agree exactly with the Academy’s results: The first three years, for instance, the CCA recount produced eight nominees while the Academy nominated nine. The two matched exactly in 2014 with eight, but in 2015 the Critics’ Choice recount produced a full 10 nominees, while Oscar voters only came up with eight.

So history suggests that we’ll have eight or nine Oscar nominees again this year — but in a year in which a large number of films have only a shallow amount of support, as they did with the members of the Broadcast Film Critics Association who vote for the Critics’ Choice Awards, it’s possible to depress the number of nominees.

Here’s how the Critics’ Choice recount broke down, as performed by BFCA accountant Debby Britton from CMM, LLP under instructions provided by TheWrap. It’ll also serve to illustrate how the Oscar Best Picture vote works. (Sorry, things will get complicated now.)

For informational purposes, the Critics’ Choice actual voting system gives nominations to the top 10 vote-getters, which are listed here in order of their total number of nominations:

STEP 1: The Initial Count
The BFCA consists of 332 writers and critics for radio, television and internet outlets. (TheWrap’s Steve Pond and Matt Donnelly are both members.) All are eligible to vote for the Critics’ Choice Awards.

An Oscars-style count begins by counting the total number of ballots cast and finding the “magic number” required to guarantee a nomination. That is done by dividing the total number of ballots by 11 (the number of available nominations, plus one). Example: If 300 critics voted, the number would be 27.3. If the result is a whole number, you add 1; if it’s a decimal, you go up to the next highest whole number, in this hypothetical case, 28.

(The reason that’s the magic number is that 28 votes guarantees you’ll finish in the top 10, because it’s impossible for 11 films to each have that many votes if only 300 ballots are cast. In Oscar voting, the magic number for Best Picture will be closer to 600.)

On the ballot, BFCA voters were asked to rank their top five films in order of preference — but at this stage of the count, we’re only concerned with No. 1 choices. Any film that is not the first choice of at least one voter is eliminated from contention, regardless of how many No. 2 or No. 3 votes it receives.

Any film with more than the magic number of first-place votes becomes an automatic nominee. Four films did so this year, a relatively large number to make the cut so quickly. (HFPA leadership would not allow Britton to reveal which films made the cut in each round.)

STEP 2: The Surplus Rule
The next step starts by determining whether any films received enough votes to trigger an Academy wrinkle called the surplus rule. This was created so voters wouldn’t be wasting their vote if they put a massively popular film at the top of their ballot. If any film that gets 10 percent more votes than it needs, vote-counters reallocate the unneeded portion of each vote to the film ranked second on the ballot.

For instance: If “The Shape of Water” needed 28 votes to be nominated but it got 56, it really only required 50 percent of each of its votes to secure a slot. So on every ballot that included that film in the top spot, 50 percent of the vote would be shifted to the film ranked second on that ballot. If it got 20 percent more votes than it needed, then that 20 percent would be shifted to the No. 2 choice on each “Shape of Water” ballot.

This year, Britton said, two of the four films that clinched a first-round nomination also went into surplus. And once the surplus votes were reallocated, two more films passed the magic number to bring the total number of nominees to six.

STEP 3: Redistribution
At this point, any film picked No. 1 on fewer than 1 percent of the ballots is eliminated. (That probably means any movie with only one or two first-place votes, depending on how many BFCA members cast ballots.)

Of the 32 films still in play after the first four films secured nominations, Britton said that 20 fell below this 1 percent line. That’s an extremely large number of films to be eliminated at this stage. In past Critics’ Choice recounts, about half of the remaining films were typically knocked out of contention at this point, but this year almost two-thirds were — indicating that while a large number of movies got votes, their support was thin.

Ballots for those 20 films were then reallocated, with their full votes going to each critic’s No. 2 choice. Again, if that second choice had already been eliminated or had already secured a nomination, the vote would have gone to the highest-ranked film still in the running. If none of the 12 films remaining in contention were listed on the voter’s ballot, that ballot was discarded.

STEP 4: The 5 Percent Rule
Once the less-than-1-percent ballots were reallocated, every film that had more than 5 percent of the vote became a Best Picture nominee. Every film with less than that did not. (In our hypothetical example with 300 voters, 15 first-place votes would be enough to secure a nomination.)

When Britton ran those numbers, only one of the 12 remaining films crossed the 5 percent threshold. The remaining 11 films fell between 1 percent and 5 percent, and were not nominated.

This stage marked the biggest difference from previous years, in which between two and six films always secured nominations in this final count. This year, though, support remained shallow enough that a full 82 percent of the films that got first-place votes didn’t end up with enough votes to be nominated. (During the five previous recounts, that number was between 71 percent and 76 percent.)

Given the disparity between the critics and Oscars results over the years, there’s no certainty that the same thing will happen when the Academy votes. But in a year with lots of contenders but few dominant films it’s possible that the crucial redistribution rounds may have less impact, reducing the opportunities for films to secure nominations if they don’t get them right away.

We’ll know if Oscar voters will go a similar route when nominations are announced on January 23. Before that, on January 11, the Critic’ Choice Awards winners will be announced during a ceremony that will be broadcast live from Barker Hangar in Santa Monica on the CW.