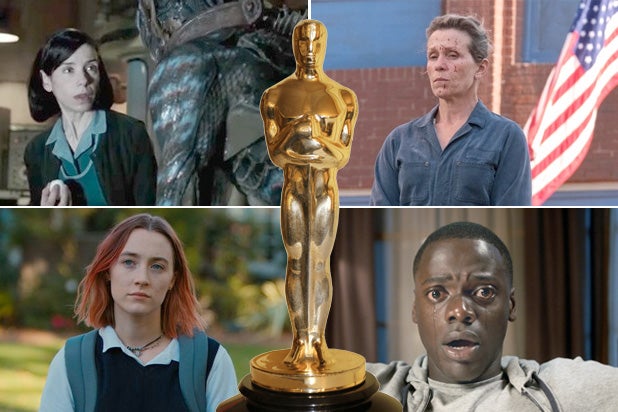 We won’t know for sure what film is going to win the Academy Award for Best Picture until the final envelope is opened on Sunday night at the Dolby Theatre.

But attentive viewers should have a pretty good idea which film has the upper hand, because the first 23 categories to be handed out will be dropping plenty of clues.

At the beginning of the night, I’d say that five films have a chance to win. They are, in this approximate order of likelihood, “The Shape of Water,” “Get Out,” “Three Billboards Outside Ebbing, Missouri,” “Dunkirk” and “Lady Bird.”

Also Read: Here's What the Oscars Have Done to Avoid Another Envelope Disaster

And as the show unreels over the next three hours plus, these categories will start to tell the story:

BEST ORIGINAL SCREENPLAY: “Get Out,” “Lady Bird” and “Three Billboards” all need to win this. Whichever one does is still in the Best Picture game; the other two are in trouble. If “Shape of Water” wins, it’s over.

BEST CINEMATOGRAPHY, BEST FILM EDITING, BEST COSTUME DESIGN: “The Shape of Water” can increase its chances of winning Best Picture with upset wins in any of these categories.

BEST ORIGINAL SCORE: If “Dunkirk” beats “The Shape of Water” for original score, that’ll be a sign that it could do the same for picture.

BEST ACTOR: If Daniel Kaluuya somehow scores an upset victory over Gary Oldman, look for “Get Out” to win Best Picture.

BEST DIRECTOR: If anybody other than Guillermo del Toro wins, “The Shape of Water” will lose Best Picture. But to what?