When the Oscars take place on March 27, one of the directors in this year’s crop of nominees for Best Documentary Short will receive their Academy Award in a pretaped ceremony, with their acceptance speech edited into a telecast in a move to trim the telecast to under three hours.

Though the filmmakers told TheWrap at its annual Oscar doc showcase at the Landmark Los Angeles they were dismayed by the move like so many others in the Academy, they feel optimistic about the future of documentary short films as the projects become more accessible.

“The short doc has the lowest barrier of entry to all forms of cinema,” said Ben Proudfoot, director of “The Queen of Basketball.”

“As we think about making the film industry more diverse, more viable, more international… I think the short doc is the most exciting corner of cinema. Frankly, regardless of how the telecast is produced, the growth of this part of the industry is going to happen anyway,” Proudfoot added.

Proudfoot was one of six nominated filmmakers who spoke with TheWrap’s Steve Pond on Tuesday about their work. For Proudfoot, it is his second straight year as part of TheWrap’s Oscar showcase, as he was also nominated last year for his profile of “Green Book” composer Kris Bowers in the short doc “A Concerto Is a Conversation.”

In one sense, Proudfoot found making “The Queen of Basketball” easier, as basketball hall of famer Lusia Harris was happy to tell him her story about how she became a three-time national champion, the first woman to score in an Olympic basketball game, and the first woman drafted by a professional basketball team. And though archival footage was hard to find at first, Harris’ alma mater, Delta State University, pulled out hundreds of pictures and film reels of the athlete’s career for Proudfoot to digitize for his film.

The challenge came instead from within, as the filmmaker focused on making a movie worthy of Harris’ legacy.

“It’s this incredible story and she tells it so well, and I got this treasure trove of archival footage and I thought, ‘Oh man, now I have to put this story together,'” he said.

While “The Queen of Basketball” was filmed quickly in the summer of 2020 during the pandemic, Matt Ogens filmed his documentary, “Audible,” just before COVID-19 began to spread around the world.

Shot in his hometown of Frederick, Maryland, Ogens followed students at the Maryland School for the Deaf just before homecoming weekend, with a particular focus on football star Amaree McKenstry as he gets his teammates to rebound after their team’s first loss to another deaf team in 16 years, while reconciling with his estranged father and coping with the suicide of his close friend Teddy.

“Audible” was the result of 12 years of filming at the school, where Ogens’ mother worked as an ASL interpreter. While Ogens met many inspiring students, it wasn’t until he encountered Amaree and classmate Jalen Whitehurst that he realized he’d found the story he wanted to tell.

“I knew that I wanted to make a film that was more than a sports doc,” Ogens said. “I had been interviewing football players and cheerleaders and coaches and all of a sudden, Amaree started talking about Teddy and then Jalen talked about Teddy. I knew that was the core of the story because it was something they and their classmates were still dealing with. At the end of the film, when Amaree and his friends are at the cemetery, it was two years to the day of Teddy’s suicide.” 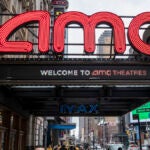 “Three Songs for Benzair” was also a film that had been brewing for many years. Married filmmakers Elizabeth and Gulistan Mirazei were living in Afghanistan and making docs there for eight years when in 2017 they met Shaista and Benzair, a young married couple deeply in love while living in a displacement camp after losing their homes to the war between the U.S. and the Taliban. The Mirazeis over several months filmed the couple’s affectionate moments as Shaista was forced to choose between his wife and family and his desire to join the Afghan National Army.

“We wanted to make a story about Afghanistan that isn’t seen enough,” Elizabeth Mirazei said. “We see so many stories about war and oppression and we were so taken by the story of this couple that had nothing but the hope in their hearts. Just seeing them together drowned out the war outside and we were just completely in the moment with them.”

From poverty in the Middle East to poverty on the West Coast, “Lead Me Home” was Pedro Kos and Jon Shenk’s attempt to examine the escalating homelessness crisis in Los Angeles, San Francisco and Seattle from a ground level. While the documentary takes a peek into task force discussions and heated debates at city council meetings, most of its runtime is spent with those living on the streets in cars, tents and shelters, showing their struggle to survive and their experiences dealing with underfunded and overwhelmed social services. 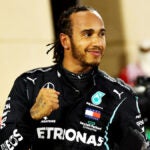 “We wanted to break down the walls and talk with these people who are our neighbors and tell their stories,” Kos said.

“We all go about our lives with a strange contradiction that this crisis is around us…yet we ignore it because we have to in order to move on with our lives,” Shenk added. “We’ve been forced into this corner where we almost have to create this wall and dehumanize people sleeping on the streets, so Pedro and I decided that we have to do the opposite of what we do every day and turn towards these people and talk to them.”

“Audible,” “Lead Me Home” and “Three Songs for Benzair” are all available to stream on Netflix, and “The Queen of Basketball” is available to view on The New York Times YouTube channel.