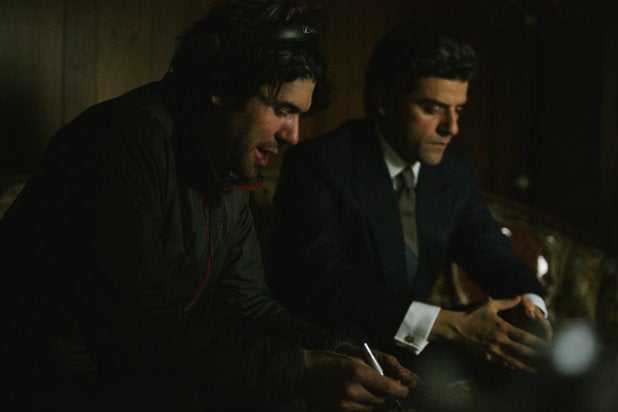 While the first wave of critics’ awards unfolded largely as expected, with victories for “Boyhood” and Michael Keaton and J.K. Simmons, one film scored an unexpected triumph: J.C. Chandor’s “A Most Violent Year,” a slow-burn drama starring Oscar Isaac and Jessica Chastain as a couple taking a big risk to expand their heating-oil business in 1981 New York City, was chosen as the year’s best film by the National Board of Review, with Isaac taking the Best Actor prize as well.

In a way, the film was a stealth entry into the awards picture after a November debut at the AFI Fest — but that’s fitting for “A Most Violent Year,” which tackles potentially incendiary subjects in an understated way.

“It’s asking for patience,” Chandor told TheWrap of his film. “It uses the classic gangster-movie road map, but I’m trying to play with your expectations.”

Added Isaac, “It doesn’t reveal itself to you right away, and the script was exactly the same way.” In fact, Isaac added, he was initially confused by the character, who is so formal that he doesn’t even use contractions.

“It was very weird, because even Shakespeare uses contractions,” he said. “The instinct is to liven this up and make it more natural-sounding. But I decided to lean in to the formality as opposed to fighting it.”

The character, he said, ended up being “a mixture of Emperor Hadrian, my grandfather and Marvin Gaye.” And the relationship between Isaac and Chastain’s characters, Abel and Anna Morales, came naturally, because the two had known each other since they were students at Juilliard 15 years ago.

“We loved it when we figured out that they had actually been close friends, but also kinda competitive,” said Chandor. “Actors are competitive motherfuckers, and the two of them obviously are fairly competitive individuals. There’s a shared history between these guys, and an intimacy that comes from 15 years of ups and downs, and it felt like that from day one.”

The first major scene the two shot together was a dramatic confrontation in the kitchen.

“That was electric,” said Chandor. “It was, like, day three or something, and they just went for it.” Added Isaac, “We were living in that place of really trusting each other. I didn’t know what she was going to do and she didn’t know what I was going to do, but we trusted that whatever choice it was, it was within the realm of the characters. It wasn’t just someone saying, ‘I’m gonna be an actor!’”

His character, he added, was obsessed with appearances — his camel coat never gets a smudge –and without hobbies or pastimes. “If you build this kind of business from scratch, it is your hobby,” said Chandor. “I never wanted to oversell it to Oscar, but the scene where he goes to the hospital [to visit an injured driver] is calculated. He cares about the kid, but it’s also about making sure that everybody else knows he’s taking care of his guys. That’s what he doing all the time.”

“In a way,” said Isaac, “it’s like the whole awards-season campaign stuff. I always think, if all of us just collectively took a couple steps back, we’d all be better off. But then you’d always have the one person doing everything. This character is like that guy, you know?”

So Abel Morales would be the movie star who never stops campaigning for the Oscar?

Chandor laughed. “I was about to say, he would never have allowed himself to become an actor. Let’s be honest. He needs way more control over his life.”