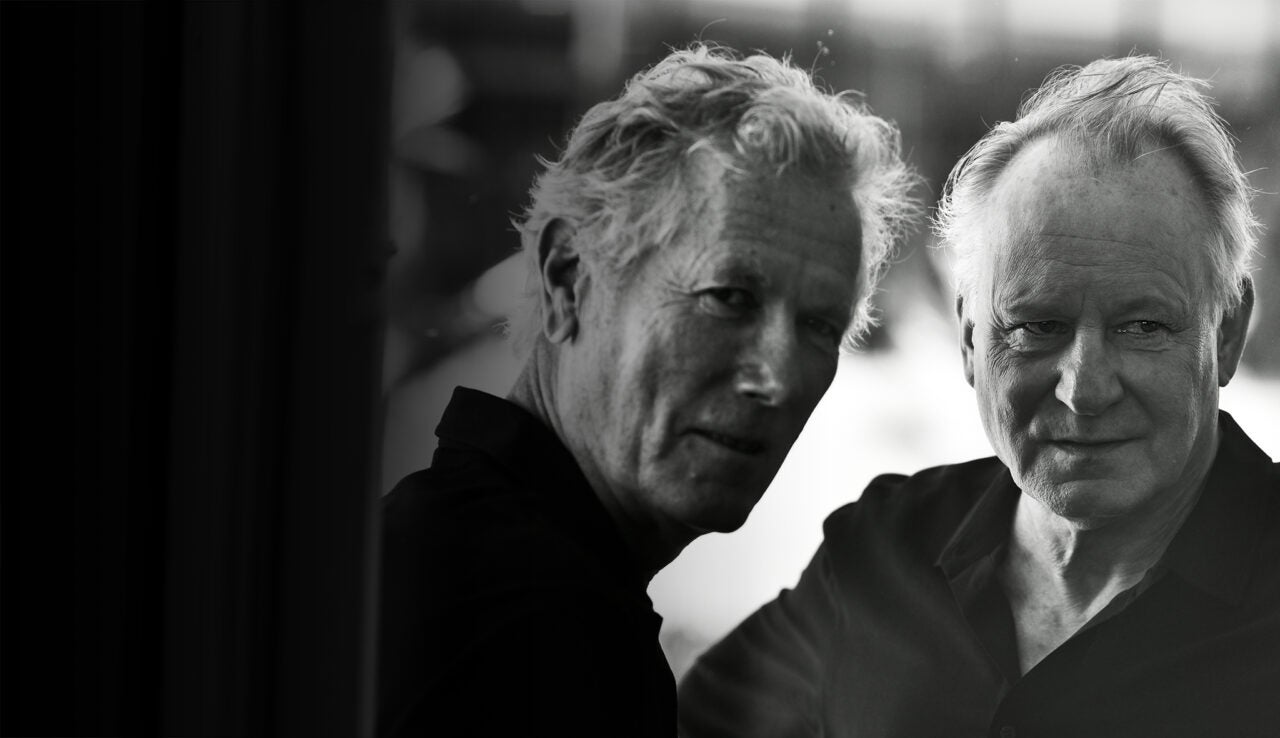 A version of this story about Hans Petter Moland, Stellan Skarsgård and “Out Stealing Horses” first appeared in the International Film issue of TheWrap’s Oscar magazine.

The fifth collaboration between director Hans Petter Moland and actor Stellan Skarsgård is an adaptation of the beloved Per Petterson novel about an aging man moving to a remote cabin and reminiscing about the pivotal summer of 1948.

The director and his star sat down to discuss Norway’s entry in the Oscars’ Best International Feature Film category.

Had you both been fans of the book?
HANS PETTER MOLAND Yes.

STELLAN SKARSGARD It’s a great book. And the film is very close to the book in tone, which I think is remarkable. I saw a couple of scripts before Hans Petter took it on, and they missed it totally. If you try to make a film out of a book and concentrate on what actually happens in the book, then you’re lost when it’s something as poetic as this. You have to have something that captures the atmosphere, the poetry, the nature, and Hans Petter’s script did that.

What was wrong with the previous scripts?
SKARSGARD They went for what happened. And they even made it linear. You can’t do that.

MOLAND Everybody said it’s an impossible novel to adapt. But when I saw “No Country for Old Men,” I hadn’t read the book, and afterwards I read the book and it was remarkable how close the film is to the book. And I thought about that. What is it that makes a film interesting? You start with the origin: What is it that fascinated me about the book? Well, it’s an effortless wandering inside the head of a man from 1948 to 1990. So I made some ground rules from this. OK, I’m going to keep the structure. I remember the first time I read it, it was the universe, the spirit that you just wanted to be around, the characters that you like to be intimate with. Those are good guiding lights for how to approach it.

SKARSGARD I’d been waiting for him to do a project like this. The four films we’ve done before have been totally different from this one, and from each other, but none have had the possibility for this much poetry. Hans Petter looks tough, he looks like Clint Eastwood, but he’s a real softie. He’s a poet inside. And when he sent me the script and I read it, I thought, “Yeah, he’s going there.” Also, he grew up in those forests, working. He knows how it smells and how it feels.

MOLAND That’s one of the things that made me think I would be able to be true to the material. I really felt like I know the territory. And when we were filming the summer scenes, I realized I was the only one on the set old enough to remember those old skills. I was the anthropological tour guide showing the prop guys how to put up wires for logging, telling the art department what kind of grass cutter the horses should drag behind them…

SKARSGARD It’s not a film that should be made by a city boy. 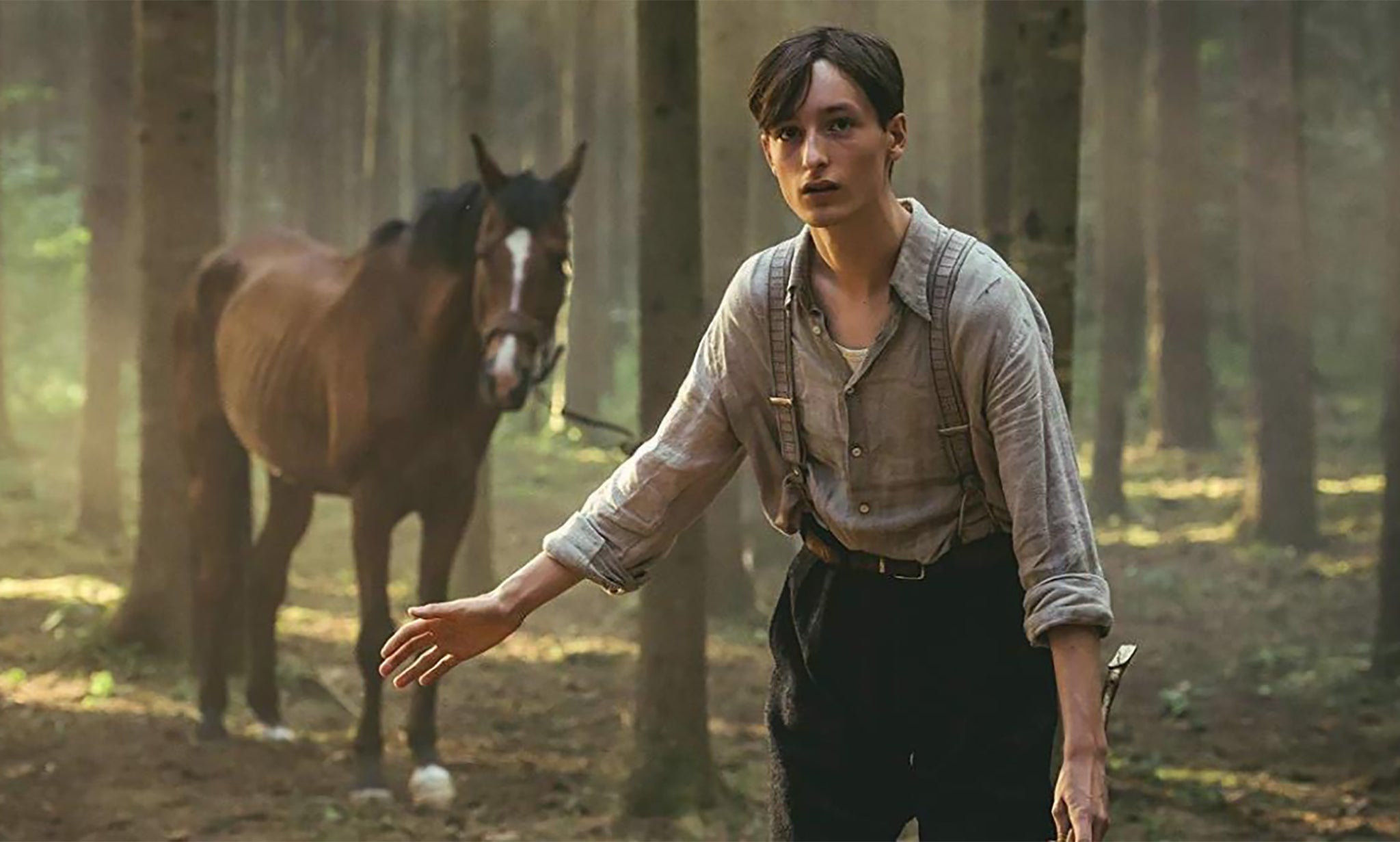 What were the particular challenges to this film?
MOLAND One was getting it to be coherent. In a book you can set your own pace. In a movie you have to set the pace. I knew it was going to be a problem to edit.

Stellan, you’ve been busy later. You’re also in the Czech Oscar entry this year, “The Painted Bird,” and you were at TheWrap’s Toronto studio in September with “Hope.”
SKARSGARD That’s Hans Petter’s wife’s film. I play him in that film.

MOLAND It’s a little bit bizarre, to have something as dramatic as that (his wife’s cancer diagnosis) made into a film. Our lives turned into show. I’m quite proud of her, even if privately it was a little bit challenging.

So you guys are almost family.
SKARSGARD Yeah, it’s all in the family. A clan.

How long ago did you first work together?
MOLAND 1994, 25 years ago. On a film that was shot in the Arctic. We were closer to the North Pole than the nearest hospital. We got to know each other quite well. He was already well established, a man with a reputation.

SKARSGARD You’re the only director I’ve slept with.

MOLAND We shared a tent.

SKARSGARD Up on a glacier. We were snowed in, and they couldn’t get us out. So we spent a couple of days up there. Him, a bottle of cognac and a 45 Magnum for the polar bears. So we got to know each other.

At the end of that, did you know what you’d be working together again?
MOLAND I can’t speak for Stellan, but it was quite an overwhelming undertaking to shoot a film there, things were almost falling apart. And Stellan was supportive and generous with me and with his fellow actors. And all of a sudden a film that was almost a frightening undertaking became fun. For me, I didn’t think, “Oh, we’ve got to do it again.” As soon as we finished shooting, he got the hell out of there.

SKARSGARD Literally. The day I stopped shooting, he drives in a Zodiac, one of those little rubber boats, to a small little island in the middle of the Arctic Sea. I’m wearing a white linen suit, and I have a normal suitcase. And he puts me there, and then the helicopter comes and picks me up and takes me back to civilization.

But it was a fantastic experience. We found a way to work together that was very fruitful, and we became friends. When you are so safe with someone that you can say anything, and you don’t have to worry about anybody getting offended, that’s a great freedom.

(To Moland) I’ll do another one with you.