A version of this story on Viggo Mortensenfirst appeared in the “Dark Horses We Love” feature in The Oscar Race Begins issue of TheWrap’s Magazine.

“I realize that if you look at my résumé, you might think, ‘Oh, he’s really out there in left field,'” said Viggo Mortensen with a laugh. “But I don’t think in those terms.”

Instead, the 58-year-old, Danish-born actor in recent years has made “Everybody Has a Plan,” a Spanish-language film in which he plays twin brothers; “Jauja,” an arty, surreal travelogue in which he speaks in Danish and Spanish; and “Far From Men,” an Algerian drama in which all his dialogue is in French and Arabic — a far cry indeed from his days as Aragorn in the “Lord of the Rings” movies, though he did spout a little Elvish in those.

“I believe you should pick things you want to see,” he added, “and things that scare you a little bit.”

And this year, for those who like to hear Mortensen speak English, there’s “Captain Fantastic,” Matt Ross’ funny and occasionally wrenching story of a man raising his children off the grid, where hunting and martial arts alternate with reading Nabokov and celebrating Noam Chomsky’s birthday instead of Christmas.

“There are so many human things in him,” said Mortensen of the character. “He’s training the kids to be strong mentally and intellectually and physically, and he’s so certain that everything he’s doing is right. But that makes him inflexible, a benevolent dictator in a way, and when it all comes crashing down the audience and his kids realize it before he does.”

Mortensen got together with Ross to discuss the project before he signed on — and a meeting that he said was supposed to be over a cup of coffee turned into a four-hour conversation.

“It’s one of those stories that you can talk about on so many different levels,” he said. “I said, ‘This is a great script, and you can’t help but make a good movie from it. But to make it stand out and be at the same level as the script, you’re going to have to find six genius kids, six great young actors. And it’s not enough to just find them — then you have to direct them and make them feel comfortable and have fun.'” 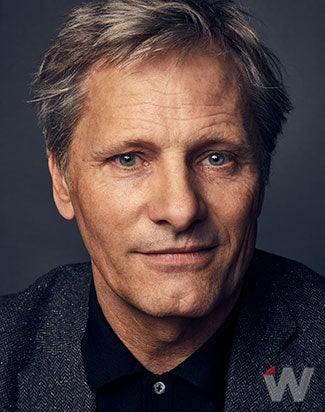 Ross, he said, did just that, creating a bond between Mortensen and the actors playing his kids through a couple of weeks of rock climbing, yoga, martial arts, wilderness survival courses and improv.

“I love working with kids,” said Mortensen. “There are actors who get nervous about it, particularly if they’re the sort who prepare precisely what they’re going to do, and then expect other people to adapt to them. There are a lot of really fine actors who work that way, but I like to turn over every stone in research, but then depend on other actors and react to what they bring.”

The father of a 28-year-old son, Henry, from his marriage to singer Exene Cervenka, Mortensen said he agrees with some of his character’s parenting style. “I wholeheartedly endorse being completely honest with your kids, and having an open dialogue, although sometimes it’s a matter of degree,” he said.

“In important matters like illness and death and sex, I did speak to Henry honestly. But I was careful with when I brought up certain subjects and what language I used. What’s funny and shocking about this character is that he speaks exactly the same way to the 7-year-old as he does to the 17-year-old.”

Also Read: Viggo Mortensen Explains Why 'Captain Fantastic' Is 'Sure to Offend' (Video)

“Captain Fantastic” also filled the primary requirement Mortensen looks for in roles: It was a movie he’d like to see. “I don’t consciously look to do any particular kind of movie in any language or genre or budget,” he said. “I need to feel invested, whether it’s a $200 million movie or a $4 million movie. On the set, the job is the same whether you’re paid a lot or paid nothing.

“I’m not unaware of the fact that by going down that road, it may take me out of people’s consciousness in the business. But if you’re lucky to be in good stories and you work hard, sometimes you get people’s attention anyway.”

Read more about Dark Horses We Love in the Oscar Race Begins Issue of TheWrap Magazine.