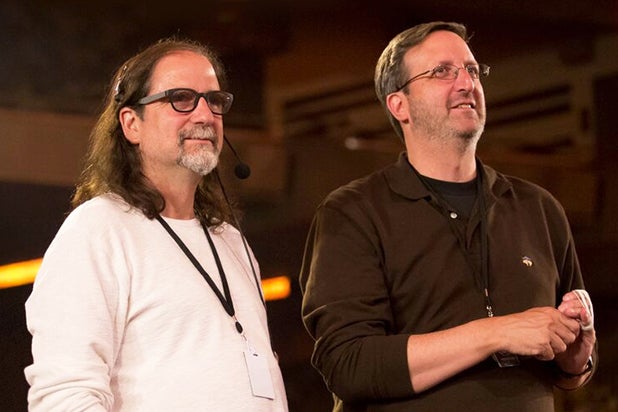 Glenn Weiss and Ricky Kirshner will produce the Emmys broadcast for the first time this year, CBS announced on Thursday.

The White Cherry Entertainment duo will serve as executive producers, with Weiss pulling double duty as director. The ceremony will be broadcast live from the Microsoft Theater in Los Angeles on Sunday, Sept. 17 on CBS.

“Glenn and Ricky have done outstanding work with CBS on ‘The Tony Awards’ and ‘The Kennedy Center Honors,'” said Jack Sussman, Executive Vice President, Specials, Music and Live Events, CBS Entertainment. “This multiple Emmy Award-winning team has produced some of the most unforgettable TV moments, and we can’t wait to work with them on the biggest night celebrating television.”

“We are thrilled to be working with the accomplished team at White Cherry Entertainment, and we’re looking forward to seeing their unique and innovative approach to the telecast,” said Television Academy Chairman and CEO Hayma Washington. “Glenn’s exceptional direction of past Emmy Awards, along with his and Ricky’s collective experience producing some of the most widely acclaimed television specials, ensures that the 69th Emmys will be as dynamic and entertaining as the vibrant television landscape.”

Emmys: What You Didn't See on TV (Photos)

Tightened security, no booze at the bar and late arrivals were just the beginning of what our reporter saw at Sunday’s ceremony when cameras weren’t around

3:25 p.m.
Security is much tighter around the ceremony. Police are opening trunks and searching all cars, even civilians dropped off in the parking garage without any red carpet access.