There’s one scene from new Hulu limited series “Pam & Tommy” that stands erect — er, tall — above the rest. And it involves an animatronic penis.

In Episode 2, Tommy Lee (Sebastian Stan) has a heart-to-heart conversation with his penis about his feelings for new love Pamela Anderson (Lily James). Lee’s member, voiced by Jason Mantzoukas (“Brooklyn Nine-Nine”), was animatronic and required four puppeteers to handle, co-showrunner Robert Siegel told Variety. (Insert your own joke here about why it required so many puppeteers.) 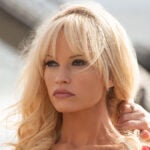 “There was gentle pushback, because you’ve got to push back a little when a talking penis is presented to you,” he said. “But Hulu was extremely supportive.”

The scene was not actually Siegel’s idea — he simply brought the original vision to life.

“As much as I’d like to take credit for that, I was simply adapting a chapter from [Lee’s] memoir,” Siegel said. “I think it might be a first [for television]. 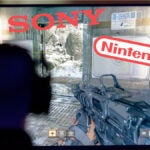 “You’ve got four puppeteers working with an animatronic penis,” he said. “And then, how much is too much, and do you start to lose his emotional torment of what’s going on? Hopefully it works.”

We’ve seen it. It works — in so much as it provides a memorable and humorous moment in what is technically a drama series. 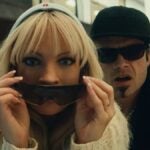 For his part, Stan told Variety that he tackled the scene like it was simply working with any other acting partner. It just maybe took a while to get there.

“By the end of it, I treated it like it was an intimate buddy conversation that one might have when they’re falling in love,” he said.