“Reality is lousy,” an Italian teenager says in the first teaser trailer for “The Hand of God.” But this is a Paolo Sorrentino movie, and his reality is always filled with sumptuous beauty and color — not to mention the thrill of watching Diego Maradona make a miracle of a play.

“The Hand of God” is the latest from “The Great Beauty” director and “The New Pope” creator. And it puts him back in the Italian language and his hometown, telling his most personal story yet about family, sports and cinema, but also love and loss.

It’s set in 1980s Naples and follows an awkward teen whose life and vibrant, eccentric family are suddenly upended — first by the electrifying arrival of soccer legend Diego Maradona and then by a shocking accident from which Maradona inadvertently saves Fabietto, setting his future in motion. 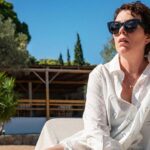 This teaser only gives a peak at Maradona’s involvement and instead shows the exotic set pieces and surreal images that have become Sorrentino’s hallmarks.

Filippo Scotti stars as the young teen, while “The Great Beauty” star Toni Servillo, who plays the teen’s father, reunites with Sorrentino on “The Hand of God.”

“The Hand of God” is making its world premiere at the Venice Film Festival next month. It will then debut in Italian cinemas on November 24, followed by a limited theatrical run in the rest of the world on December 3, and finally debut on Netflix worldwide on Dec. 15.

Check out the first look at the film here and above. 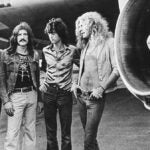